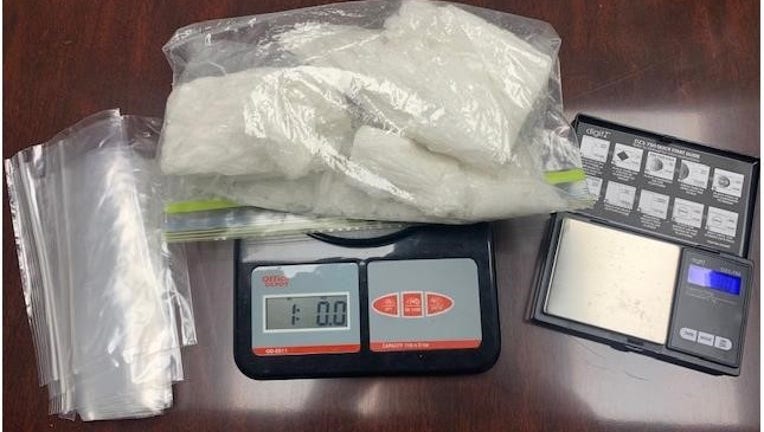 FORSYTH COUNTY, Ga. - A traffic stop in Forsyth County has ended with one man in custody and the seizure of around one pound of methamphetamine.

Officials say the stop happened on Hendrix Road at around 6:43 on April 29.

The deputy pulled the car over for suspended registration and officials say they began to search the vehicle becoming suspicious.

During their search, the deputy reportedly found a backpack that contained a digital scale, plastic baggies, one gram of methamphetamine wrapped in a receipt, and a package containing about 1 pound of methamphetamine.

The passenger in the car, identified as 38-year-old Todd Mooney of Dawson County, was charged with trafficking methamphetamine and possession of drug-related objects.

Mooney is now in custody at the Forsyth County Jail without bond.