SOUTH CAROLINA - South Carolina Sen. Lindsey Graham says he has worries over Georgia Gov. Brian Kemp's decision to reopen the parts of the state's economy amid the coronavirus pandemic. 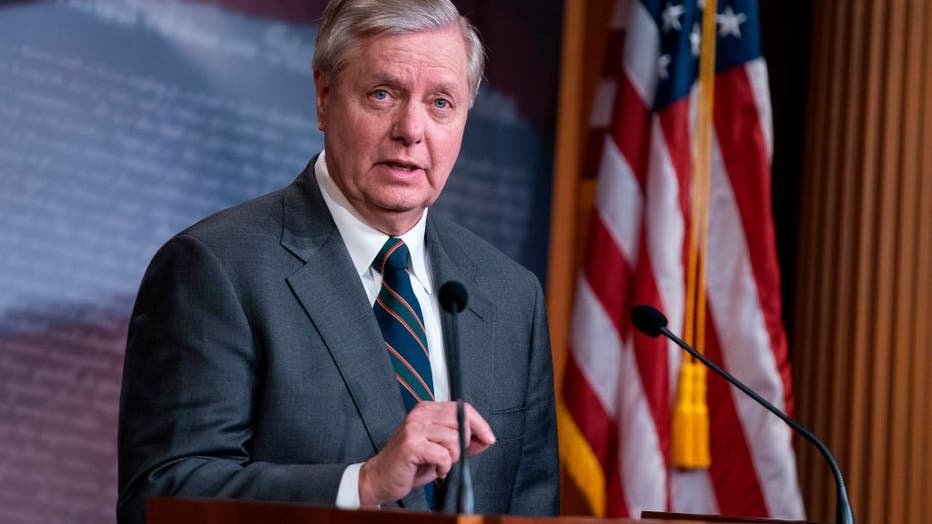 Senator Lindsey Graham speaks during a press conference at the US Capitol. (ALEX EDELMAN/AFP via Getty Images)

Writing on Twitter Tuesday afternoon, the longtime senator for South Carolina said he applauds his own state's small reopening but that he worried that "our friends and neighbors in Georgia are going too fast too soon."

"By taking this measured action, we will get Georgians back to work safely, without undermining the progress we all have made in this battle against COVID-19," Kemp said. "Today's announcement is a small step forward and should be treated as such."

Graham said that while he respected Georgia's right make the decision, "we are all in this together. What happens in Georgia will impact us in South Carolina."

Kemp's choice for a swift reopening runs counter to the advice of many experts, including Dr. Anthony Fauci, the government’s top authority on infectious diseases, who warned again Monday that resuming business too soon risked a fresh spike in infections. Former Democratic candidate for governor Stacey Abrams also has criticized the move, calling it "dangerously incompetent."

The governor’s actions line up with the phase one of reopening seen in the guidelines issued last week by President Donald Trump’s administration. Those guidelines call for 14 days of declining COVID-19 cases. Georgia on Monday had recorded six days of declining new infections according to a rolling seven-day average of state Department of Public Health figures. If that continued through Friday, it would be 10 days. Kemp said he delayed the reopening of sit-down service in restaurants and theaters until next Monday in part because, “I also think that gives us more time to continue to flatten the curve.”

The governor Monday said a decline in emergency room visits by people with flu-like symptoms indicates that infections are coming down.

HOW COVID-19 IS IMPACTING GEORGIA

McMaster's decision follows his choice last week to begin reopening public boat ramps that have been closed for several weeks and encouraging anyone on the state’s waterways to practice social distancing. Public beach access points were also set to reopen, although the governor said ultimate reopening decisions will rest with local officials. Already, some coastal municipalities have said they “intend to maintain the entry checkpoints and access restrictions.”

In Tennessee, Gov. Bill Lee said his mandatory safer-at-home order will expire April 30, which will pave the way for 89 of the state’s 95 counties to begin opening businesses.

Lee’s announcement did not apply to counties with the largest cities — areas that are not overseen by Tennessee’s Department of Health but have their own public health districts.