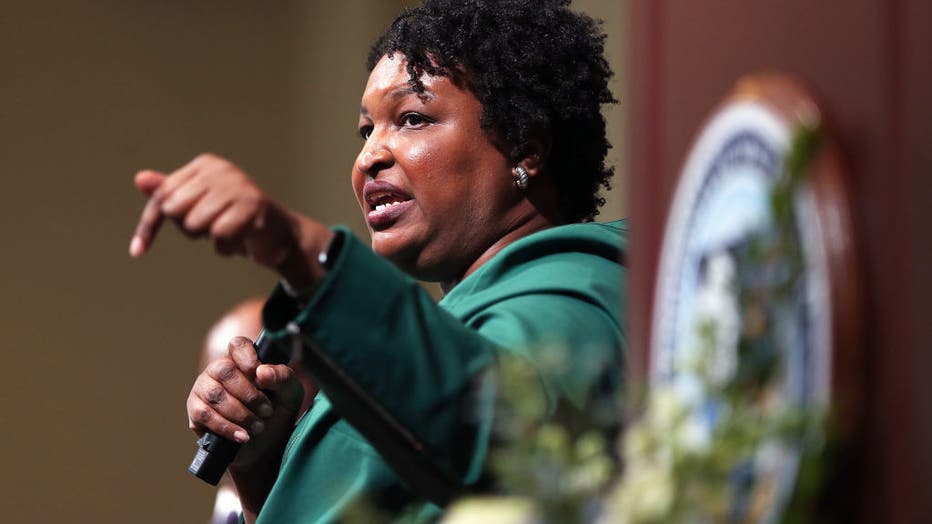 Abrams pointed out that Georgia has the 14th highest infection rate and the seventh-lowest testing rate. The governor had admitted his frustration on Monday with the low rate of testing, but said that he was tasking the Georgia National Guard to help increase the rate.

Kemp: ‘I don’t give a damn about politics right now’

Gov. Brian Kemp spoke candidly when asked how the decisions he is making in Georgia's COVID-19 response have weighed on him.

"By taking this measured action, we will get Georgians back to work safely, without undermining the progress we all have made in this battle against COVID-19," Kemp said. "Today's announcement is a small step forward and should be treated as such."

Speaking on TV Tuesday, Abrams argued that Kemp was "trying to push a false opening of the economy" in a way that would "risk putting more lives in danger."

"There’s nothing about this that makes sense," she said. "The mayors of Atlanta, Albany and Savannah have all questioned the wisdom of doing this. And the fact is the governor didn’t consult with mayors before making this decision."

Atlanta Mayor Keisha Lance Bottoms had previously responded to Kemp's annoucement that, while the governor had the ability to begin reopening businesses, "I will continue to urge Atlanta to stay at home, stay safe and make decisions based on the best interests of their families."

"I think this is the right approach at the right time," Kemp said. "We’re not just throwing the keys back to these business owners. We’re talking about people (who had) the government shut down their business."

Kemp’s action comes a month after he closed many businesses and not quite three weeks after he issued a shelter-at-home order that will remain in place until April 30. Kemp said elderly and medically fragile people should continue to stay at home until May 13.

The governor Monday said a decline in emergency room visits by people with flu-like symptoms indicates that infections are coming down.

HOW COVID-19 IS IMPACTING GEORGIA

Georgia’s death toll from COVID-19 hit nearly 800 by noon of Tuesday. Infections have been confirmed in nearly 20,000 people.