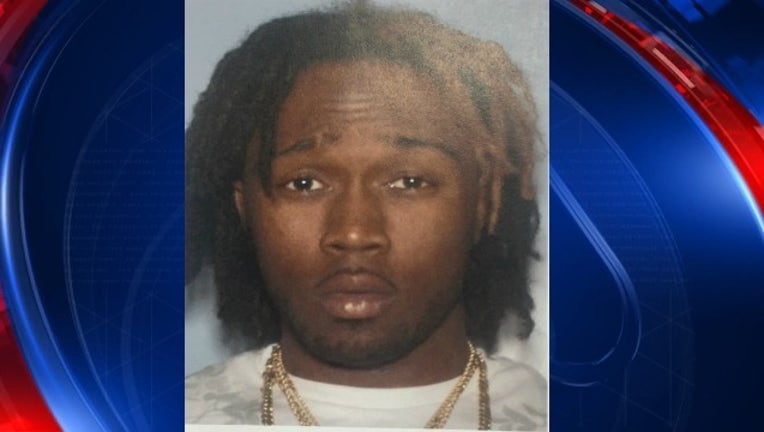 ATLANTA - Authorities are searching for a Decatur man who, they say, left a child behind after a high-speed chase in Atlanta.

Kadeem Fletcher, 25, faces charges of speeding, reckless driving and fleeing and attempting to elude officers. He is described as a black male, 5 feet, 8 inches tall, weighing 165 pounds with black hair and brown eyes.

According to the Georgia State Patrol, a trooper tried to stop a vehicle traveling eastbound on Interstate-20 near Moreland Avenue on Monday. The vehicle initially slowed down, but then accelerated, prompting a chase, authorities said. Fletcher eventually crashed the car at a gas station and fled on foot.

An injured 7-year-old girl was located inside the vehicle and transported to a local hospital.

Georgia State Patrol  Sgt. James Buchanan said, "It's disturbing at the highest level that you have an individual that wants to abandon a seven year old child, who was in the vehicle in danger, in that position.  Then, leaving her hurt in the parking lot to basically fend for herself and be cared for by troopers and officers who responded to the scene."

Anyone with information on Fletcher's whereabouts  is asked to contact the Georgia State Patrol at 404-624-6077.