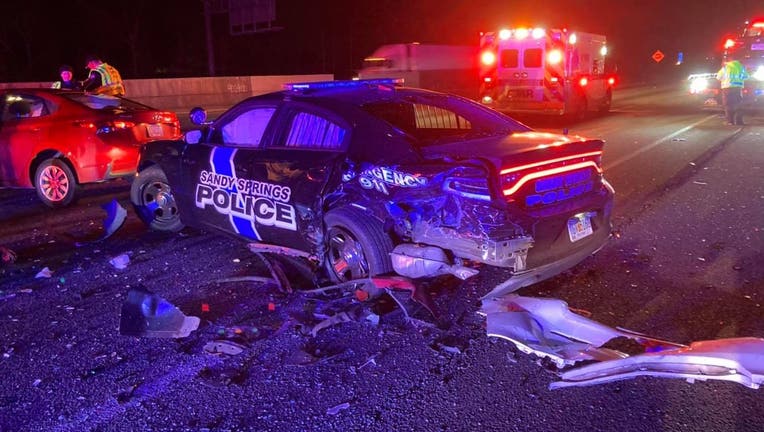 SANDY SPRINGS, Ga. - Sandy Springs police are warning motorists to pay attention to the roadway after one of their officers was injured in a crash Thursday night. It could have been a lot worse if the pictures have anything to say about it.

The Sandy Springs Police Department posted four photos of the aftermath of the crash to their Facebook page on Friday morning showing the police cruiser and the car that struck it.

It happened along Interstate 285 W at Roswell Road. Police said the officer had responded to an accident and was parked along the shoulder of the road with her lights activated. 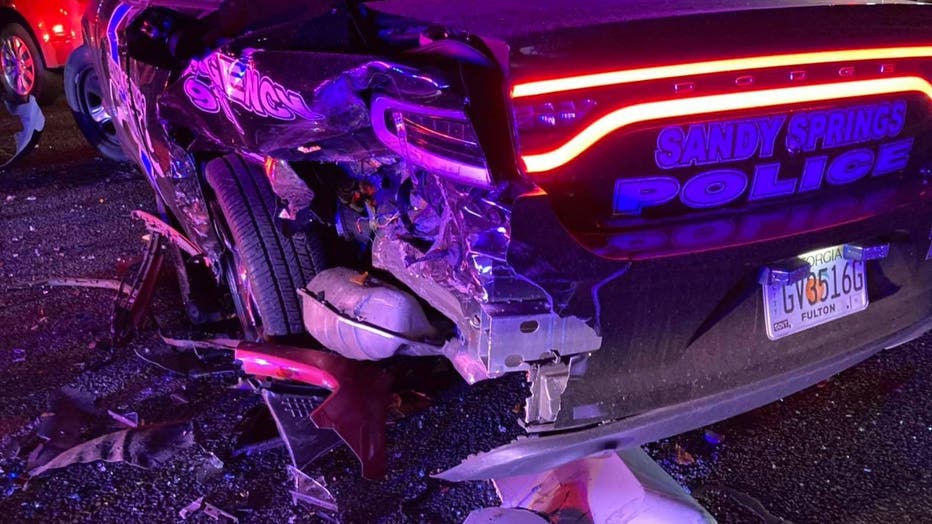 Thankfully the officer was inside the patrol car because it was struck a few minutes later.

Police said the 33-year-old driver had been texting and was distracted at the time and "claimed to not have seen the fully visible police vehicle prior to impact."

The driver was cited for distracted driving (cellphone usage), failure to maintain lane, and violation of the move-over law. 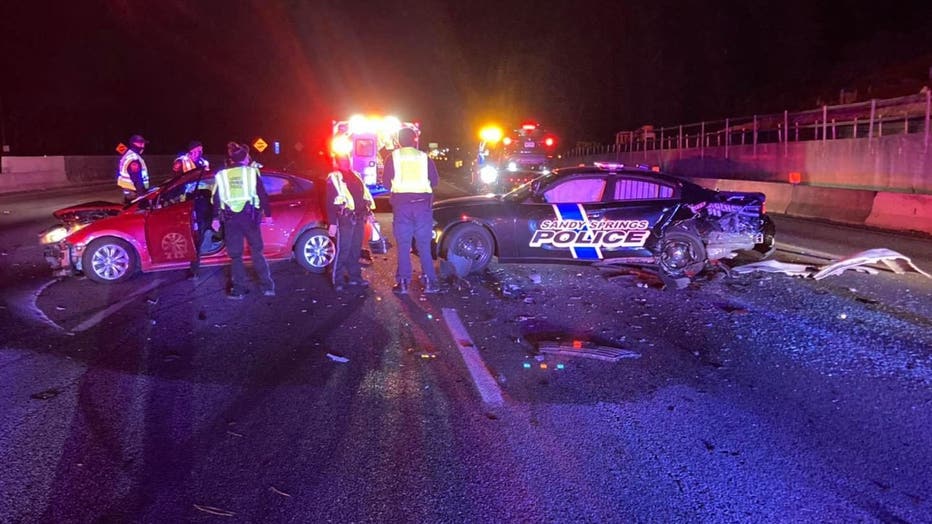 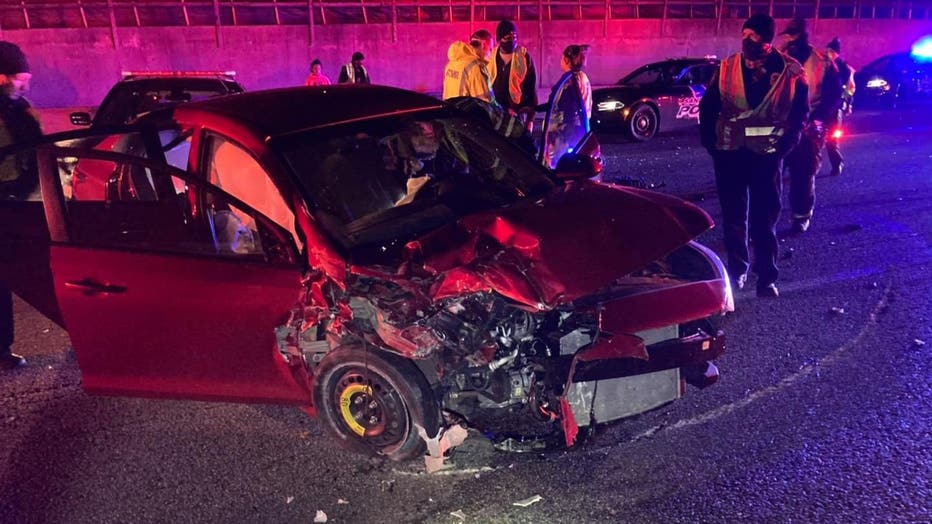 The officer was taken to a nearby hospital and treated for non-life-threatening injuries. She was released later that night.

Her patrol car was not as lucky.