There is a $30,000 reward for the suspect's arrest. Police issued a blue alert for 22-year-old Jordan Jackson.

The officer remains in "serious condition but stable" at Grady Memorial Hospital as of Friday evening.

Police are searching for 22-year-old Jordan Jackson who is accused of shooting a Henry County police officer on Thursday. A $30,000 reward is now being offered for his capture.

"Mr. Jackson, whatever hole you are in, I assure you we are coming to find you, we will place you in custody, we will bring you to justice immediately," said Henry County Sheriff Reginald Scandrett. 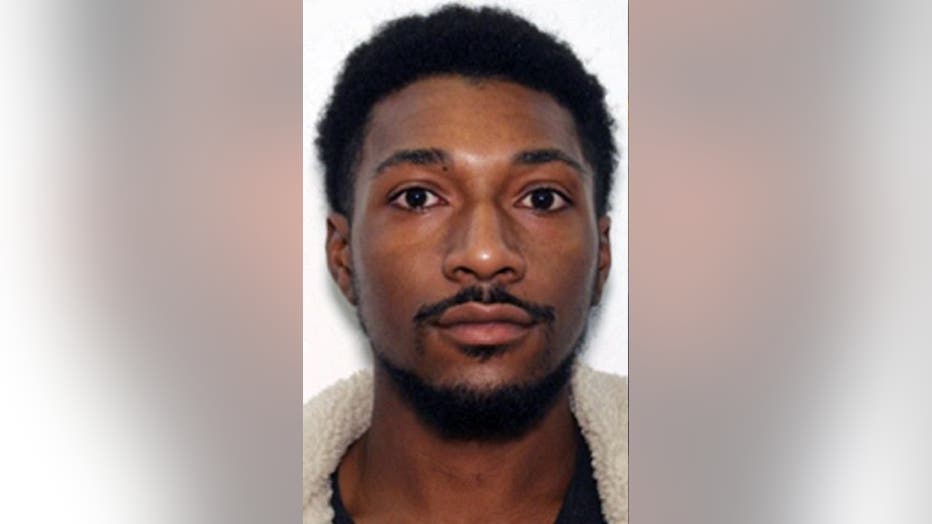 Police announced a $30,000 reward leading to the successful arrest and indictment of Jackson. Henry County Sheriff's Office and the U.S. Marshall's Service each put up $10,000 and Crime Stoppers Greater Atlanta and Shaquille O'Neal, who took a role with the sheriff's office as director of community relations earlier this year, each contributing $5,000.

"Let me be crystal clear, they certainly will not tolerate any individual regardless of who you are coming into what we consider God‘s country of Henry County and harming any of our peace officers in any way and thinking you would get away with it," said Sheriff Scandrett.

The officer, whose name has not been released, was shot while responding to a domestic dispute call along Keys Ferry Road near Floresta Drive around 6 p.m. Thursday.

"The suspect pulled away and produced a handgun and allegedly shot the officer multiple times resulting in serious injuries," the sheriff said.

A Henry County police officer remains in critical condition after he was wounded while responding to a domestic call on November 4.

He was immediately rushed to an area hospital but eventually was taken to Grady's trauma center.

Police said the officer is a veteran who came to the department about six to eight months ago. They are asking for prayers for the officer and any information that might lead them to Jackson.

Initially, police said Jackson was driving a white 2016 Honda Civic with Georgia license plate RXF0384, but now believe he could be in a white 2021 Dodge Ram with Georgia tag CRX4743. Friday morning, officials say they have located the Dodge Ram, but Jackson is still not in custody.

Anyone who sees him should not approach but should call 911 immediately. Anyone with information about the case or Jackson’s whereabouts is asked to call Det. Hansrote at 470-454-7623 or the Henry County Non-Emergency Dispatch at 770-957-9121.