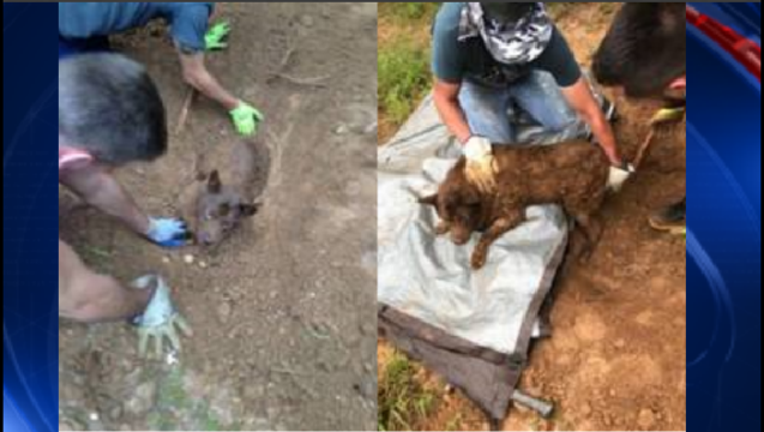 TUCKER, Ga. (AP) - The People for the Ethical Treatment of Animals has doubled the reward for information leading to an arrest and conviction following the death of a dog who had been buried alive up to her nose.

According to a statement released Monday, PETA has doubled the reward to $10,000 after Lulu, a Chow Chow mix dog, was rescued in Tucker on June 6. Lulu was found buried alive in tightly packed ground on an all-terrain vehicle trail, the statement said.

A passerby who noticed Lulu dug her out of the dirt and rushed her to receive emergency veterinary care, but she later died.

Officials believe she may have been left there for three days.

Anyone with information about this case is urged to contact the DeKalb County Animal Services at 404-294-2939.