Could plants' DNA hold the secret to slowing the human aging process?

Scientists recently correctly identified the RNA component of telomerase in plants, and telomerase is the only enzyme capable of slowing or reversing the cellular aging process.

TEMPE, Ariz. - The average human lifespan does not break a century, and some of the longest-living animals on earth live for a few hundred years — but that is nothing compared to the lifespan of many trees, which can live for thousands of years.

A new breakthrough discovery about plant DNA might help scientists unlock key information about preserving youth in humans by slowing the aging process, according to a study published Dec. 3 in the journal Proceedings of the National Academy of Sciences of the United States.

The discovery boils down to the correct identification of an elusive type of genetic molecule in plants — the RNA component of telomerase, the only enzyme capable of slowing or reversing the cellular aging process.

“The study of telomerase has been challenging due to its highly divergent nature across eukaryotic species,” said Dr. Julian Chen, an author on the study. “The identification of telomerase RNA in land plants is a significant breakthrough in ultimately understanding how this enzyme controls genome stability and cellular immortality in all eukaryotic organisms.” 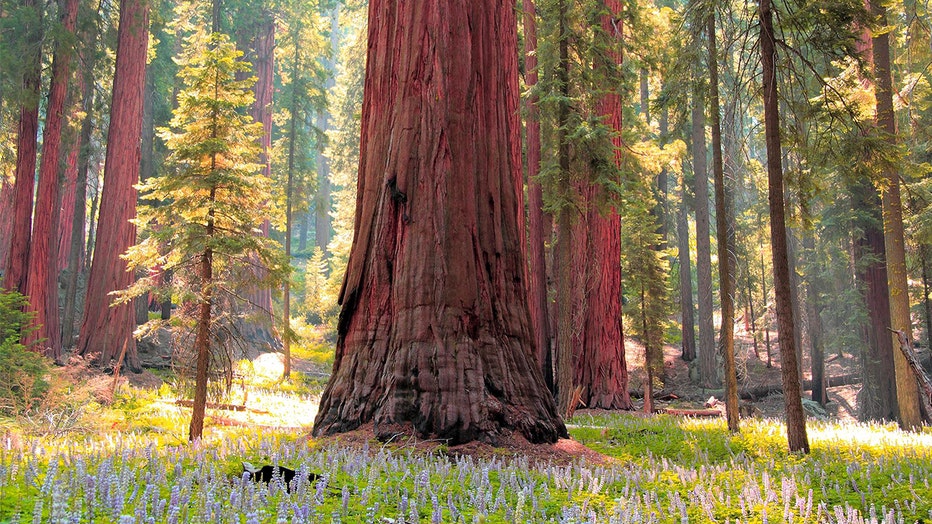 Sequoia trees in Sequoia and Kings Canyon National Parks in California are known to live more than 3,200 years. Their DNA could hold secrets to slowing the aging process in humans. (Photo courtesy of the National Park Service)

Telomeres are the protective capping structures that are found on the end of chromosomes. They protect chromosomes from unwanted or unwarranted DNA rearrangements that would destabilize the genome — an organism’s complete set of genes or genetic material.

Over the course of an organism’s lifetime, telomeres get shorter with each cell division, and eventually, the telomeres get short enough that they fail to secure the chromosome ends. This process of continuous reduction in telomere size basically functions as a “molecular clock,” which counts down toward the end of cell growth.

The gradual shrinking of telomeres negatively affects the ability of human stem cells to replicate, and these stem cells are responsible for restoring damaged tissues and/or replenishing aging organs in the body. Cells’ diminished ability to grow contributes to weakness, illness and organ failure, and it is strongly associated with the aging process.

Telomerase is an enzyme that works to counteract the telomere shrinking process, and it is the only enzyme with the ability to delay or reverse the cellular aging process.

While telomerase activity in adult stem cells slows down the molecular clock, it does not make these cells completely immortal.

Telomerase works against the aging process by effectively extending the lifespan of a cell through the process of lengthening telomeres. It does this by synthesizing very short pieces of repeating DNA. Telomerase adds repeats of this piece of DNA to the ends of chromosomes to slow down the “molecular clock” and delay cell death.

Telomerase is made up of two main parts: a protein and an RNA molecule, and the RNA molecule provides the template for DNA synthesis — in other words, a blueprint for lengthening telomeres.

“The RNA component of telomerase is extremely divergent in sequence and difficult to find across eukaryotic organisms,” said Chen. “In fact, an incorrect RNA molecule was reported previously as the plant telomerase RNA nearly a decade ago, and it has taken until today to discover the correct one.” 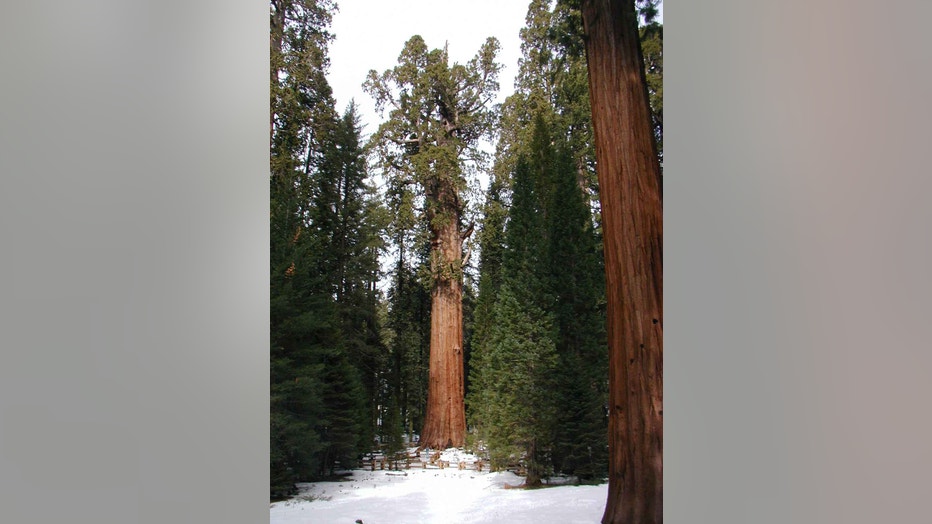 The General Sherman Tree is the world's largest living tree, pictured in winter 2010. It is estimated to be about 2,000 years old, and despite being the largest tree by volume, it is younger than many of the world's oldest sequoias by more than 1,000 (Courtesy of the National Park Service)

Understanding how the telomerase enzyme is regulated in the body shows promise in potentially being able to reverse telomere shortening and therefore cellular aging. This has the potential to extend the human lifespan and to improve the health of the elderly.

While increasing telomerase activity sounds like the key to immortality, scientists warn that it also has its risks.

The study’s authors warn that augmenting and regulating telomerase function will need to be a very precise and targeted endeavor in order to cause cell rejuvenation without increasing the risk of cancer. Further study of plant telomerase may help scientists figure out the key to the precise modulation or engineering of human telomerase to develop anti-aging and anti-cancer therapies.