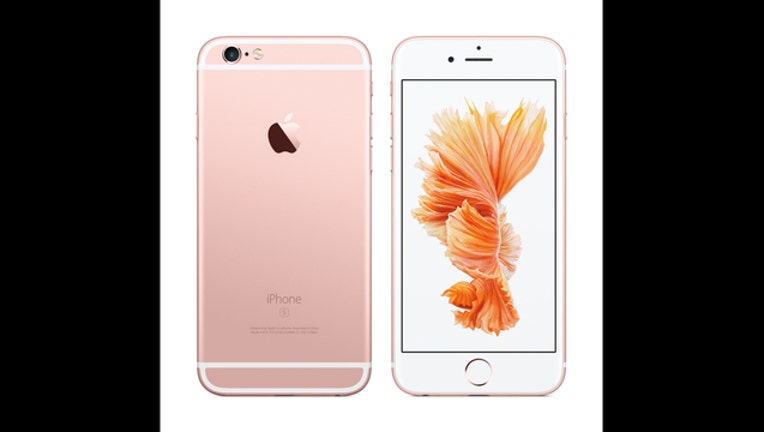 Although the iPhone is already among the best smartphones for everyday shots, images from previous iPhones haven't been as sharp as what rival cameras produce. The new iPhone 6s and 6s Plus models address that, with 50 percent more detail, while introducing animation for still images and brighter low-light selfies.

Screens remain at 4.7 inches and 5.5 inches diagonally, but they have new technology offering shortcuts to frequent tasks.

You might not need a 6s if you just got a new phone last year, but go for the 6s over the 6 if you're ready to upgrade from an older model. After testing both new models for nearly two weeks, I find the price difference worth it.

At 12 megapixels, instead of 8 megapixels, the new cameras produce sharper photos. The difference is particularly noticeable when cropping or enlarging photos for printing. Samsung's high-end phones are at 16 megapixels, but their images are wider. If you chop off the sides to match the iPhone's 4-by-3 ratio, resolution is about the same. More important is getting your shot in focus, and the automatic focus on both cameras is good.

Other improvements in the iPhone's camera result in better contrast and less distortion than before. Trees look greener and buildings browner in several test shots. Samsung's phones have also been good at contrast, but colors are sometimes off. Orange construction barriers look red using Samsung's Galaxy S6 phone, while a greenish statue came out grey. The iPhones reproduce colors more accurately.

For video, the iPhone catches up with several Android phones and can now record at Ultra HD, also known as 4K. There aren't many 4K displays available yet, so this is mostly about recording memories for tomorrow's screens. But the new phones do let you zoom in during playback, so you can see some of that 4K detail today. The Plus model also has better anti-shake technology, so scenes don't look as though you're on a boat.

Still images on the front camera improve to 5 megapixels, from 1.2 megapixels, matching Samsung's phones. Better yet, the new iPhone's screen functions as a flash so faces come out when snapping selfies in bars and other low-light settings. This is rare in smartphones.

When you open the camera app, the phone continually records video in the background. Snap a shot, and the phone saves some of that video leading to that shot, plus some afterward — three seconds in all. Now, that photo comes to life when you view it. Apple calls this "Live Photos." Just tap and hold the screen to see the three-second animation. Share it with other iPhones, the Apple Watch and Mac computers — and soon, through Facebook.

HTC's One camera had a similar feature, but you have to know about it and turn that on. With iPhones, it's on by default. It takes practice and requires about double the storage of a regular photo. But it's worth it — especially for parents and pet owners. Imagine taking a shot of your kid blowing out birthday candles, then tapping the screen to see it in action.

The iPhone's screen is now three-dimensional, as the phone responds differently to light, medium and hard touches.

A light touch does what the phone does today. You can open an app or move a cursor when typing.

Press a bit harder on an app icon to access a contextual menu, similar to right-clicking the mouse on Windows computers. Do this with the camera app to quickly take a selfie or record video. Normally, you have to open the camera first, then choose what you want to do.

Inside apps, this medium touch opens a preview, such as a map when you click on an address in a message. Lift your finger, and you're back to the message. But press even harder to launch the Maps app. In some apps, options slide up from the bottom with a medium touch.

This feature, called 3D Touch, takes getting used to. Out of habit, I still open apps the regular way, even though 3D Touch is quicker. But it could one day be as useful as the fingerprint reader on phones. Now that I am used to that, I rarely enter passcodes anymore.

The new iPhones are stronger and faster. Inside, the chips are laid out differently to improve battery performance and let you activate the Siri voice assistant simply by saying, "Hey, Siri." In the past, the phone had to be plugged in for that.

Storage remains at 16 gigabytes for starters, 64 gigabytes for $100 more and 128 gigabytes for $200 over the base model. With Live Photos and 4K videos, your phone will fill up even more quickly, even with better compression to compensate for the higher resolution and animation. Many rival smartphones, including Samsung's, start at 32 gigabytes. Apple believes most entry-level consumers should be fine with 16 gigabytes, as that's still enough for a few thousand shots.

That might be so, but if you plan to take lots of photos and video, consider springing for at least 64 gigabytes.