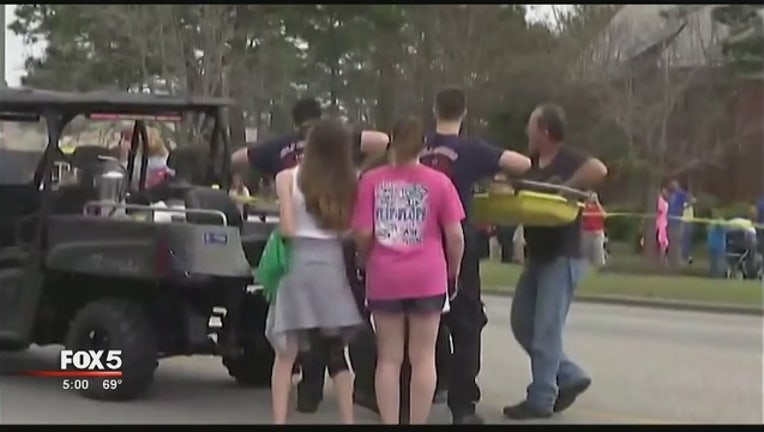 GULF SHORES, Ala. (AP) - A police report shows a 73-year-old driver was trying to close a gap in a Mardi Gras parade on the Alabama coast when he struck members of a high school marching band, injuring a dozen.

It shows that a driver identified as Larry Rathbun told officers he was driving in the parade behind the Gulf Shores High School band when someone in the road instructed him to speed up to close a gap.

Rathbun told officers he pressed the accelerator too hard and may have missed the brake as he tried to stop.

No charges were filed, and all the injured are recovering. Rathbun told officers he'd never driven the sport utility vehicle, which belonged to someone else. The parade was canceled.