Rapper Boosie could go after State Farm Arena with lawsuit

The rapper claims someone pulled a gun on him at State Farm Arena. Boosie was arrested on charges related to property damage during a concert at the arena.

ATLANTA - Rapper Boosie Badazz said in a recent Instagram video he and his friends were attacked by someone with a gun in State Farm Arena, allegedly during an incident related to property damage charges he's facing.

Boosie said someone hit his friend with a gun. The rapper claims to have a video of the incident. 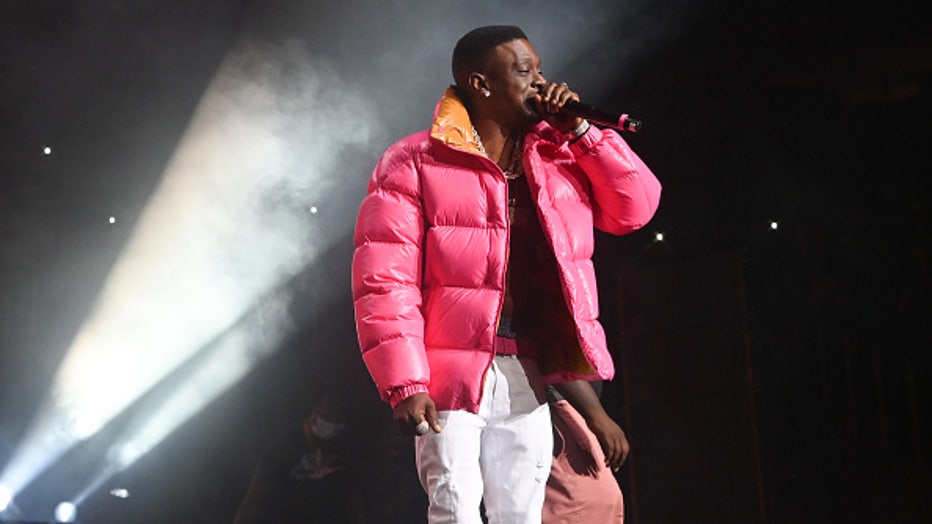 "State Farm not supposed to allow anyone with guns in the arena," he says in the video. "You messed up. You really messed up."

Boosie went on to say he's been banned from the arena, where he has season tickets for the Atlanta Hawks. Boosie said he's hired a lawyer and he wants $20 million from State Farm Arena in a lawsuit.

According to APD investigators, officers were called to the arena shortly after 12:40 a.m. on Oct. 10. A man told police Boosie and some members of his entourage ran on stage during a performance at the concert that was taking place at the arena on Friday night.

According to the events calendar on State Farm Arena's official website, the "Legendz of the Streetz" concert, featuring Boosie.

Boosie's associates allegedly damaged items on stage during the live performance that belonged to the man's production company, police said.