Another product is being pulled from store shelves after concerns about possible Listerian contamination. 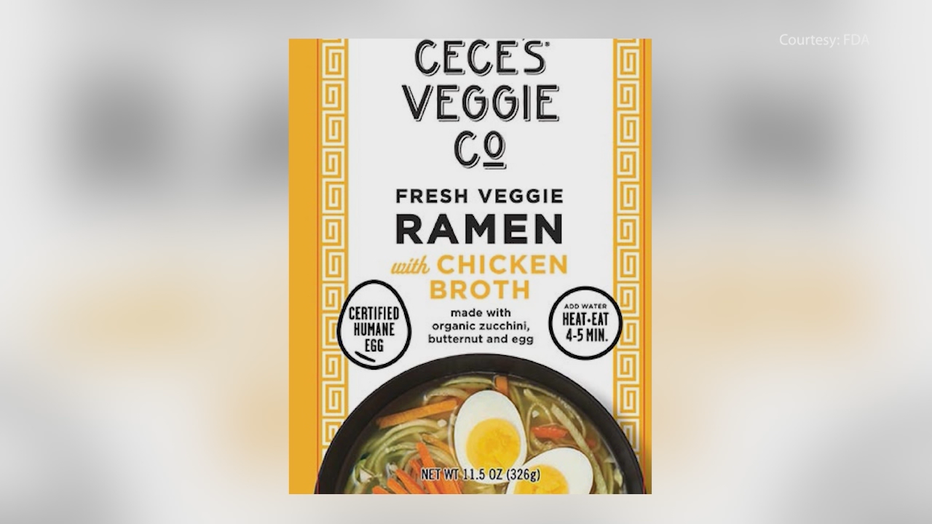 Federal investigators have linked the Georgia company who supplies the ramen with its hard-boiled eggs with a Listeria outbreak.

Veggie Noodle Company is recalling its Cece's brand Fresh Veggie Ramen with Chicken Broth due to the product using eggs produced by a Georgia-based company.

While there have been no reports of illness associated with the recalled ramen, the company is doing the recall out of an abundance of caution. No other Veggie Noodle or Cece's products are connected to the recall.

So far, the outbreak of Listeria has been linked to the death of one person, and sickness in five states.

As of Friday, there were cases reported in Florida, Maine, Pennsylvania, South Carolina, and Texas. One death has been reported from an infection case in Texas, and four hospitalizations have been reported among the other six reported infections.

The FDA released the full list of hard-boiled eggs which are part of the recall. That list can be found by clicking here.

The latest on the investigation by the CDC can be found by clicking here.