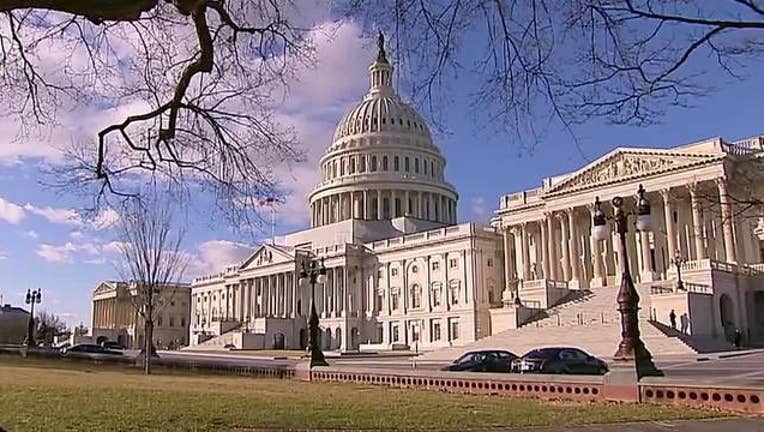 WASHINGTON (AP) - The Trump administration is issuing a fresh threat to withhold or revoke law enforcement grant money from communities that refuse to cooperate with federal efforts to find and deport immigrants in the country illegally.

Attorney General Jeff Sessions' announcement this week combined two issues at the fore of the promised crackdown on so-called sanctuary cities. He said the Justice Department would deny money to cities that violate a federal law dealing with information-sharing among local police and federal authorities. He also condemned cities that refuse to honor immigration detainer requests, which is not a requirement of the law Sessions cited.

Sessions offered few details about how the Justice Department will determine which cities are out of compliance and what steps it will take to strip them of funds.

A look at the issue and what could happen next:

Yes and no. Sessions did not announce a new policy but acknowledged he was clarifying one issued in the final months of the Obama administration. That policy said municipalities would miss out on federal grant money for lack of compliance with a federal law that says state and local governments may not prohibit workers from sharing information about a person's immigration status with federal immigration officials.

Under the Obama-era policy, cities found to be out of compliance would be given a "reasonable amount of time" to fix the problem before becoming ineligible for funds. The policy was issued after the Justice Department's Office of Inspector General in May 2016 found that some cities appeared to have violated the law. Yet Obama's Justice Department does not appear to have ever withheld funds.

The Justice Department on Tuesday declined to comment further.

The Obama directive, however, does not mention the possibility of clawing back grant money that has already been awarded, as Sessions threatened Monday. And Sessions indicated the Justice Department could begin to impose stricter requirements on grant money.

"We believe grants in the future could be issued that have additional requirements," he said.

Cities could miss out on grants that pay for an array of policing programs, including crime lab technology, crime prevention efforts, equipment and other services. In fiscal year 2016, the Office of Justice Programs made nearly 3,000 grants totaling $3.9 billion to cities, counties, states and other local governments.

The majority of money went to state offices for victim services. But other grants went to smaller, specific programs - nearly $1 million for body cameras for sheriff's deputies in Broward County, Florida; $1.2 million in Charlotte, North Carolina, to help cut the backlog of rape kit testing; $12,966 to cover police involvement in the city of Lawndale, California's Youth Day parade and at the Fourth of July fireworks celebration.

Philadelphia, which has designated itself as a "sanctuary city," received $57.5 million in OJP grants in fiscal year 2016 - mostly to cover police expenses for the Democratic National Convention held there. But beyond the roughly $50 million for that expense, the city also received funding to improve its technology and crime reporting, to reduce its backlog of DNA testing cases and to help pay for a child advocacy center program.

The threats to funding come as the Trump administration unrolls a new office within the Homeland Security Department focusing on American victims of immigrant crime.

WHAT IS AN IMMIGRATION DETAINER?

A detainer is a request by Immigration and Customs Enforcement to a law enforcement agency to keep a suspected deportable immigrant in its custody long enough for immigration authorities to arrest the person. The requests ask federal, state, local and tribal law enforcement agencies to give them at least 48 hours' notice before a suspected immigrant is released from a jail or to hold the person for up to 48 hours after they would normally be released.

ICE recently changed its paperwork for those requests, eliminating a version that included the words "request" and "voluntary." At issue is just that: Are the notices voluntary?

The federal government has suggested no. But city and state officials around the country disagree, and jurisdictions around the country have passed local laws spelling out if or when jail officials can comply with those requests, with some allowing a suspected immigrant to be held only in the most serious criminal cases. Multiple federal courts have also found that the detainers are not sufficient for a local jail to hold an immigrant beyond their sentence or after bail has been posted.

Members of the U.S. Conference of Mayors said after a meeting with Homeland Security Secretary John Kelly Wednesday that immigration officials should get arrest warrants if they want local jails to hold immigrants.

IS SESSIONS RIGHT ABOUT VIOLENCE CONNECTED TO DETAINERS?

There certainly have been a handful of high-profile and tragic cases in recent years involving immigrants in the country illegally who were released by local jails, despite the federal government's efforts to detain them for civil immigration violations. But there is no evidence to support his claims that "countless Americans would be alive today" if every local jail cooperated with immigration detainers.

ARE DETAINERS NEW TO THE TRUMP ADMINISTRATION?

No. In fact, immigration detainers have been used by federal immigration authorities for many years by both Republican and Democratic administrations.

During the latter half of President George W. Bush's administration, the use of detainers expanded as more and more local jails shared fingerprint information from inmates with the FBI, which in turned shared the information with ICE. Bush's ICE used that information to identify immigrants who could face deportation as part of the then-fledgling Secure Communities program. Under President Barack Obama, that program expanded to include every state and eventually helped ICE deport a record of more than 409,000 immigrants during the 2012 budget year.

Secure Communities was later scrapped amid legal challenges and widespread complaints that it swept up immigrants who either hadn't been convicted of a crime or immigrants who faced only minor traffic violations.