The session comes on the heels of the death of 27-year-old Rayshard Brooks a black man who was shot and killed by a white Atlanta police officer following a confrontation outside a Wendy's on Friday. APD Police Chief Erika Shields resigned hours later and the officer who fired the fatal shot was terminated. The Georgia Bureau of Investigation is handling the case and will forward its findings to the Fulton County District Attorney.

Democrats say they’re ready to act, with the minority party in both the House and the Senate rolling out extensive proposals last week.

But Republican leaders and even some Democrats say there’s not enough time to make a whole slate of changes, with only 11 working days left beginning Monday in a session disrupted by the COVID-19 pandemic. While lawmakers may consider giving Georgia a law imposing stiffer sentences for hate crimes, other proposals such as abolishing the state’s citizen’s arrest law, ending no-knock warrants, or allowing people to sue police officers for misconduct seem unlikely to reach Republican Gov. Brian Kemp’s desk this year.

Not that there won’t be a fight. House Minority Leader Bob Trammell, a Luthersville Democrat, said in an interview Friday that he believed lawmakers have “the opportunity and time to get it done. The question is do we have the political will for it.”

“For the General Assembly to turn a deaf ear to the cries that are occurring all over Georgia and throughout the country would be a tragic missed opportunity and a dereliction of responsibility,” Trammell said, referring to nationwide protests of recent weeks.

MORE ABOUT THE RAYSHARD BROOKS SHOOTING

Those cries arrived at the Capitol on Monday morning as the state NAACP marched across downtown Atlanta, demanding changes to criminal justice and voting systems after Tuesday’s election delays. 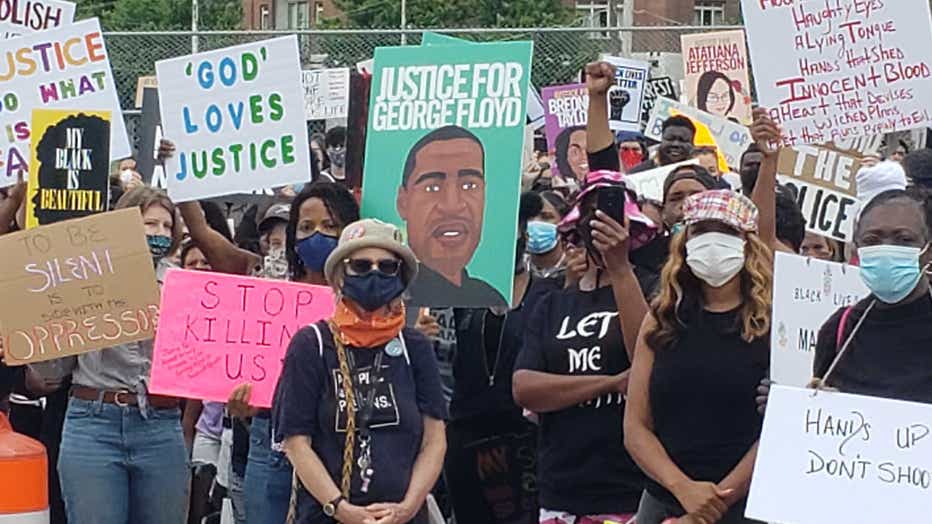 “It’s going to take real effort on the part of every elected official in the Georgia General Assembly to do their part to protect every single Georgian,” the organization said in a statement last week announcing the march.

“These are important issues that have been neglected by the majority party, that we haven’t been able to get a hearing on,” said Henson, a Stone Mountain Democrat.

Some Republicans also support ending Georgia’s citizen’s arrest law, a possible factor in the February shooting of Ahmaud Arbery, an unarmed black man killed while running through a subdivision near Brunswick.

Both House and Senate Democrats want to abolish Georgia’s “stand your ground” law, which states people can use force without retreating.

“We need to literally revoke the license to kill in public spaces that is stand your ground,” Trammell said Thursday during an online news conference. 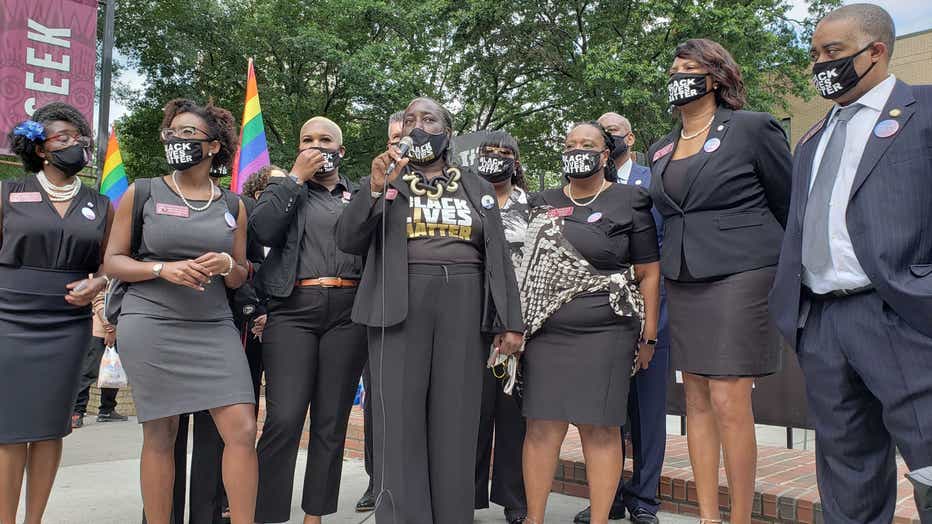 Other proposals shared by House and Senate Democrats include requiring police to announce themselves before serving a warrant, creating a registry of traffic stops to look for racial profiling, banning chokeholds, ending officers’ immunity from lawsuits if they’ve done something wrong, and requiring all officers to wear and use body cameras. The packages have some differences — House Democrats want an oversight commission for prosecutors, while senators want bans on rubber bullets and limits on police chases.

On Monday, Republican Rep. Jeff Jones, who represents Brunswick, said that he will announce a bill called the “Citizens Detainment Act,” to amend the state's citizen’s arrest law.Under the Citizens Detainment Act, private citizens would be able to detain an offender only if the offense is witnessed by a private citizen, if the offense is committed within the citizen’s immediate knowledge or following existing probable cause statutes.

Jones' bill would remove arrest powers from citizens, making it so that citizens could only detain a person if they have witnessed an offense, have "immediate knowledge" of an offense having been committed or have probable cause.

"With today’s technology and with virtually everyone having a cell phone that can be used to call 911, take pictures or video and with GPS location of 911 calls, there should rarely be the need for citizens to use deadly force to make a detainment," Jones said in a statement.

Jones' legislation would also permit deadly force under specific circumstances, which include preventing the death or bodily injury to a private citizen, third person, or to prevent the commission of a “forcible felony” - which does not include property crimes.

House Speaker David Ralston said Friday that Democrats are proposing far-reaching changes and that anything beyond a hate crimes bill may be too much for the remaining time.

“I think the scope of the discussion expands when you throw in citizens arrest and other issues like that,” the Blue Ridge Republican said.

“It would be aggressively looking at these issues rather than putting them in the corner and letting them gather dust,” Ralston said. “We would at least be letting the process keep moving with a view toward taking up these bills and acting on them next session.”

And at least some Democrats say that they may have to look toward next year.

“Many of the items we are bringing up will be hard to address in this session,” Henson said. “We’re not trying to purport that we’re going to pass everything we’re talking about.”