Charred wood is all that remains after a fire tore through Chastain Park's iconic playground treehouse.

ATLANTA - It was an iconic centerpiece that sparked children’s imaginations and pride in residents around Chastain Park in Atlanta. Overnight, the beloved Chastain Park playground treehouse caught fire and burned.

Children should have been climbing up the cargo netting, rolling their wheelchair over its bridge, or peering out one of its windows on such a sunny Sunday. Instead, a series of charred wooden trusses and two supporting poles is all that remains of the distinctive structure.

A devastating fire destroyed the iconic playground treehouse at Chastain Park on Saturday night, but the community has pledged to rebuild it.

Chastain Park posted that a resident called 911 around 9:30 p.m. after spotting the fire and firefighters arrived within minutes, but it was not fast enough to save it. Still residents credit fire crews with preventing any further spread of the blaze. 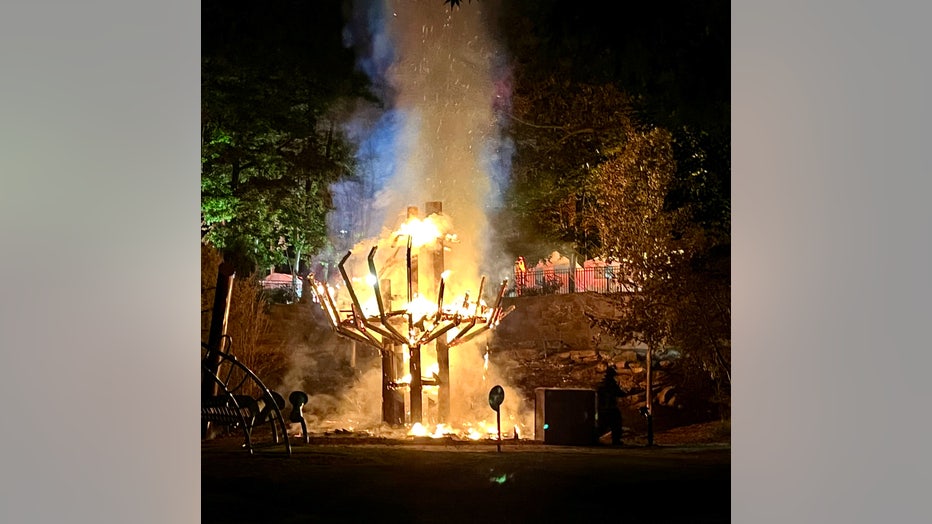 A Chastain Park residents shared this photo with FOX 5 showing the playground treehouse on fire on May 14, 2022. (Viewer photo)

Smoke and steam drifted up from the remaining wood as the sun rose over the park. The cause of the fire has not been disclosed.

"We will rebuild. Brave words for which I don’t have a plan this morning. But we’ll use this as an opportunity to teach our children resilience. And that is something with a lifetime of permanence," said Jay Smith, who was a past vice chair of the Chastain Park Conservancy. 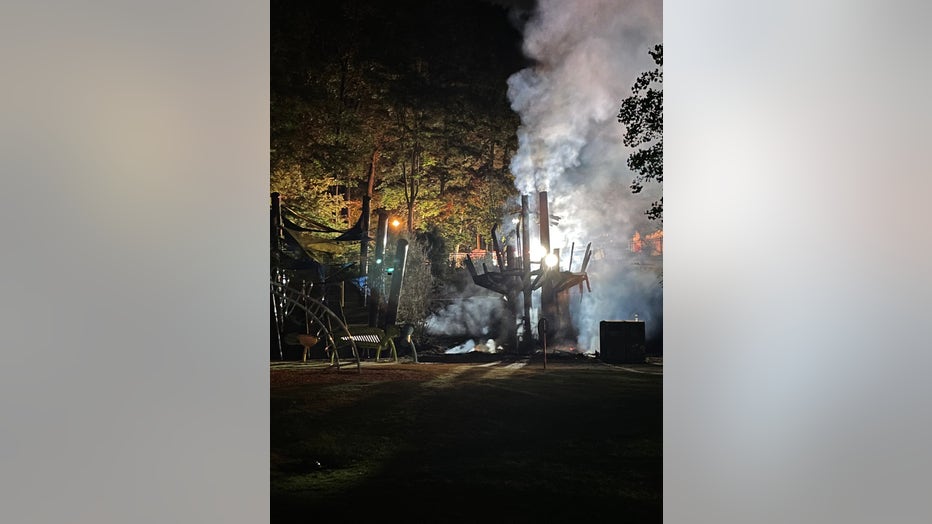 A Chastain Park residents shared this photo with FOX 5 showing the aftermath of the playground treehouse fire on May 14, 2022. (Viewer photo)

The non-profit organization has set up a GoFundMe account with a goal to raise $200,000 to rebuild the treehouse. They said they look forward to the day when they can hold a ribbon cutting ceremony to reopen the structure and once again bring area children's imaginations to new heights.

No one was injured in the fire.

Authorities are asking anyone who might have seen something suspicious or who knows something more about the fire to call the Atlanta Police Department or Crime Stoppers Atlanta.