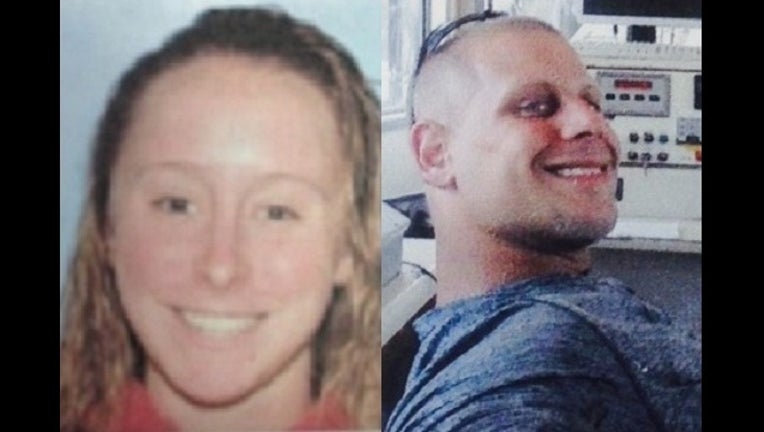 Investigators believe Alyssa Armstrong, 24, may have been taken by her ex-boyfriend, David Chase Warnock, 26, against her will. (Photos courtesy: Bibb County Sheriff's Office)

BIBB COUNTY, Ga. - Investigators said they have found a woman believed to be kidnapped from a college campus in Bibb County in Locust Grove Wednesday night.

The Bibb County Sheriff’s Office said David Chase Warnock, 26, was arrested in the restaurant parking lot of Tanger Outlets just before 6:30 p.m. He was found with Alyssa Armstrong, 24, who was reported kidnapped earlier in the day.

Investigators said Armstrong was walking with a friend in the parking lot of Central Georgia Technical College in Bibb County when she was approached by her ex-boyfriend, David Chase Warnock. Witnesses told police that Warnock told Armstrong that he wanted to talk and ended up leading her into a van from an open sliding door and then sped off.

Armstrong appeared to be unharmed during the incident.

Warnock was booked into the Bibb County Jail.