An off-duty Gwinnett County police heard gunshots and went outside to find the 3 victims.

NORCROSS, Ga. - Gwinnett County police are investigating a homicide at a lounge on 4700 block of Britt Road in Norcross.

One man died from apparent gunshot wounds and two are hospitalized. The deceased victim was later identified as 22-year-old Dennis Guifarro of McDonough.

The other two victims, 24-year-old Federico Brown and 18-year-old Adan Guifarro-Buendilla were both treated and later released from the hospital, police confirmed Friday.

Gwinnett County police received a call at around 2:50 a.m. from an off-duty officer, who was working as private security at a nearby karaoke bar and heard gunfire.

That officer went to the parking lot to investigate and found one victim dead. Police hope someone nearby might have seen or heard something and can help them. 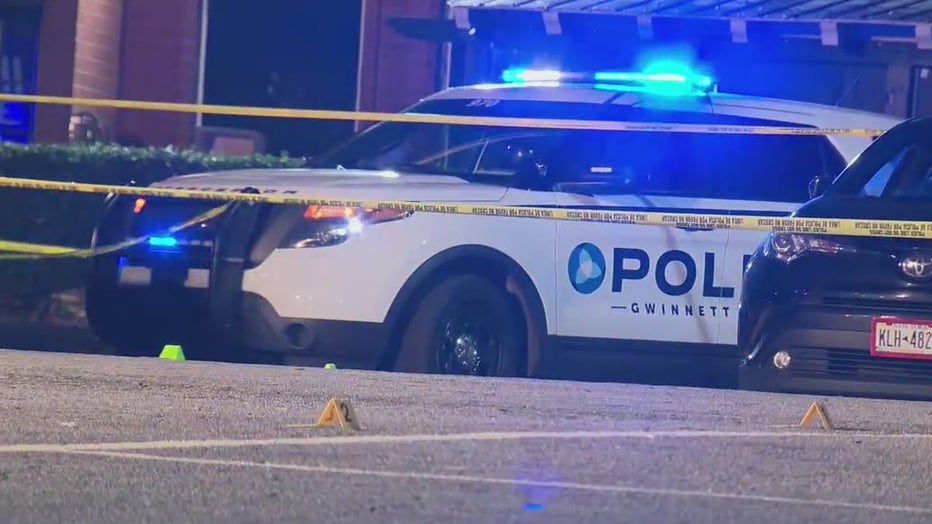 The Gwinnett County Police Department is currently investigating a homicide at 4771 Britt Road.

"We currently don't have suspects or suspect description at this time but we are hoping the public or witnesses can provide vital information to detectives," Officer Hideshi Valle said.

By 8 a.m. the parking lot outside of the 11th lounge was still taped off, but police appeared to have finished processing the crime scene.

Police ask any witnesses with information on the crime to contact GCPD detectives at 770-513-5300 or submit an anonymous tip to Crime Stoppers at 404-577-TIPS (8477) or www.stopcrimeATL.com.

The shooting is one of two homicides that occurred overnight in Gwinnett County.