DEKALB COUNTY, Ga. - A barrage of bullets fired near a busy gas station right before the busy lunch hour Tuesday. One person was struck and killed, according to police.

The murder happened on the sidewalk in front of the Citgo gas station at the intersection of Covington Highway and Phillips Road.

"It was like something out of the OK Corral," one witness told FOX 5 News.

The shooting happened in the bustling Lithonia shopping plaza at around 10:30 Tuesday morning.

"I heard something.  I thought it was maybe a car backfiring or something," one woman told FOX 5 News.

DeKalb County Police said they found a man injured, suffering from at least one gunshot.

"The victim got into some kind of verbal argument with another male here out on the sidewalk in front of one of the businesses, shots were fired, the victim went down the suspect took off," said Lt. Lonzy Robertson, DeKalb County Police Department.

Early in the investigation, police hadn't determined if the shooter fled on foot or drove off. They couldn't say what sparked the violent confrontation.

"Detectives are going to be canvassing the area, speaking to witnesses and some of the businesses," said Robertson.

Investigators will also canvass the area to see if surveillance cameras captured the shooting.

"I just thank God wasn't no other people hit by the bullets," said one witness.

Anyone with information is asked to call the DeKalb County Police Department. 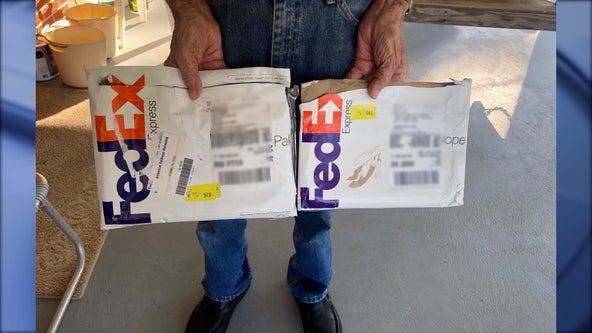