FOREST PARK, Ga. - Police are searching for 3 people after a Forest Park firefighter was stabbed. Investigators say it happened at a convenience store in Bibb County Monday night.

Alex Mims is a firefighter and paramedic. He was off duty and just stepped into the Circle K convenience store in Macon to pick up some milk and snacks for his kids. Mims says as soon as he walked in he could sense there was trouble.

"Two guys and a female were messing with the cashier, talking about stealing lighters. They were definitely getting people tense in there and scaring people," said Mims. 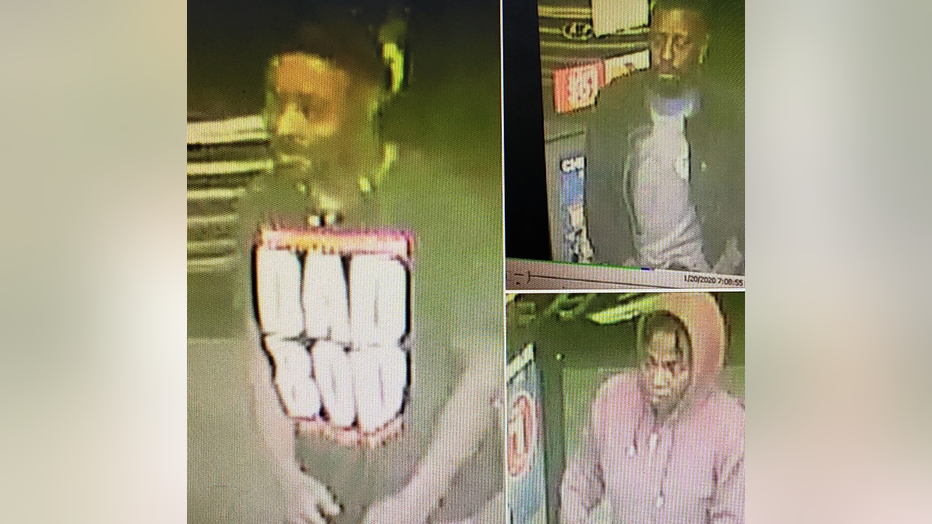 Mims says one woman was with a small child and was so scared they hid in the restroom. Mims didn't want to see anyone get hurt.

"They were threatening and I told them to get away.  I wasn't wanting any trouble I was just trying to get my stuff and get home, but as soon as he hit me in the chin that changed how things were going that night," said Mims.

Mims says both men jumped on him and a fight broke out inside the store. One of the men had a knife.

When the three finally took off, Mims was in pain and thought he had a broken rib, but it turned out to be much worse.

"When I got home I realized there was a lot of blood and lifted up my shirt, there was an obvious wound," said Mims.

Mims had been stabbed. The blade went deep enough to puncture his liver.  Mims says despite ending up in the hospital, he wouldn't hesitate to step in again.

"I would definitely jump in and try to help.  If they were to come back and start again I'd definitely protect myself and those around me," said Mims.

Bibb County Sheriff's Investigators are looking for the two men and the woman who was with them. As of Thursday evening they were working on several leads but no one had been arrested.

If you recognize the people in the surveillance video or know anything about what happened Monday night, call the Bibb County Sheriff's Office at (478) 751-7500 or Macon Regional Crime Stoppers at 1-877-68-CRIME.