South Fulton police are searching for the gunman who robbed an AT&amp;T store.

SOUTH FULTON, Ga. - The South Fulton Police Department has released surveillance photos of a man wanted in connection with a violent armed robbery at an AT&T store on Cascade Road.

Police say the unidentified suspect held up the store manager at gunpoint and stole cash and cell phones.

The robber walked into the store shortly after it opened just after 9 Wednesday morning.

South Fulton Police Lt. Jubal Rogers told FOX 5's Deidra Dukes, "He entered into the store as a customer. The store manager was the only employee in the store at the time.  He did brandish a weapon." 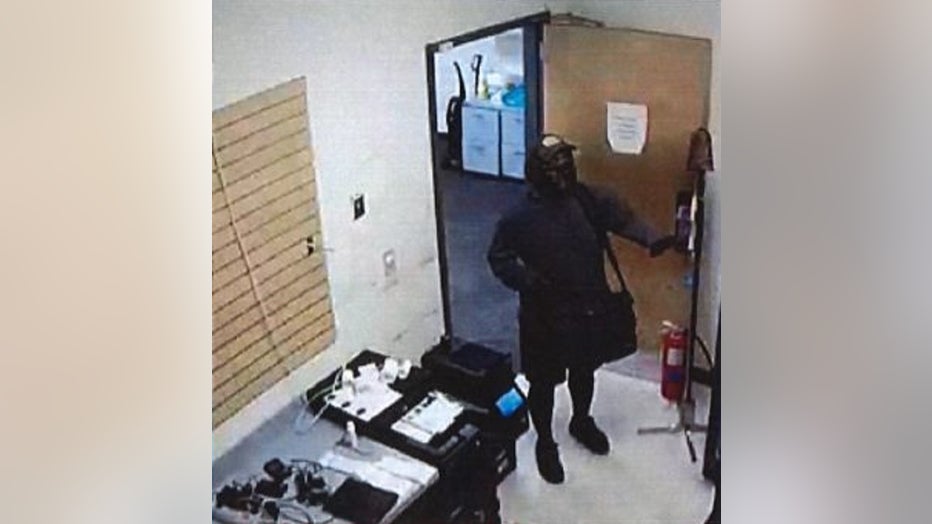 Surveillance image from the AT&T store located at 3695 Cascade Rd. SW from an armed robbery around 9 p.m. on June 3, 2020. (Crime Stoppers Atlanta)

The suspect forced the employee into the rear of the store, then ordered him to remove cellphones and cash from the safe.

"He was able to access the safe via the store manager. He did advise the store manager to place his hands behind his back, handed him a zip tie, and made him zip tie himself and place him in the back stockroom as he fled the store." 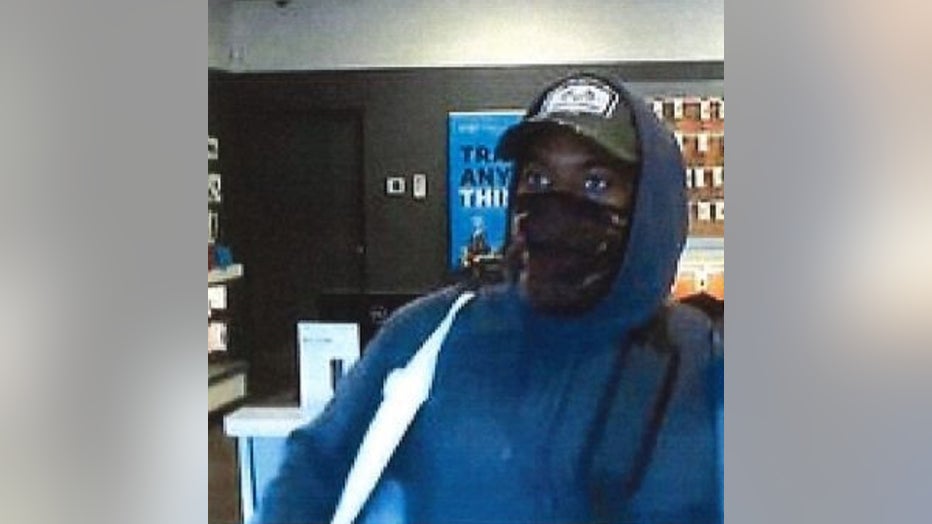 Surveillance image from the AT&T store located at 3695 Cascade Rd. SW from an armed robbery around 9 p.m. on June 3, 2020. (Crime Stoppers Atlanta)

The suspect fled the area in the store manager's car. Officers found the vehicle abandoned near the crime scene.

Lt. Rogers said, "The store manager he wasn't physically harmed, but I can only imagine it was an emotionally challenging and mentally taxing event, to be a victim of an armed robbery at your place of business."

Anyone with information that could lead to the suspect's arrest is asked to contact South Fulton Police or Crime Stoppers Atlanta.  A reward is being offered in the case.