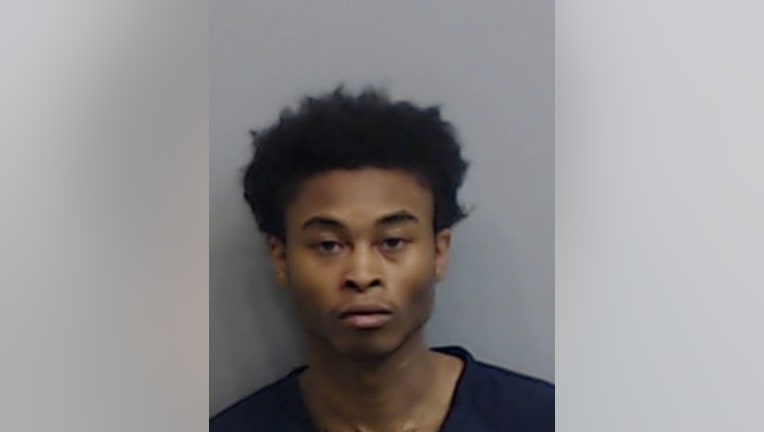 ROSWELL, Ga. - Officers have arrested a 23-year-old Georgia man accused of robbing a Roswell McDonald's and leading police in a dangerous police chase.

Officials say on Sunday around 10 a.m. officers were flagged down by a motorist who told them a McDonald's on the 2900 block of Holcomb Bridge Road had just been robbed at gunpoint.

The officers went to the fast-food restaurant, where witnesses told them a man wearing a medical facemask entered the restaurant and pointed a gun at employees before demanding money. The suspect then fled the scene in a red Mustang.

After searching the area, officials say an officer spotted the suspect, identified as 23-year-old Isacc Hammond of Fort Benning, and began to chase him. During the chase, police say Hammond lost control of his vehicle, which flew into the air and crashed into a sign.

Hammond fled into the woods and was found crawling out of a group of bushes nearby.

The suspect has been charged with fleeing, speeding, driving on the wrong side of the road, reckless driving, hit-and-run, armed robbery, and possession of a firearm during the commission of a felony.