Police said the man shot and killed his girlfriend in the parking lot of the Hilton Hotel.

SANDY SPRINGS, Ga. - Sandy Springs police said they arrested a man after he shot and killed his girlfriend and then shot a driver during a series of carjacking attempts while trying to flee from the scene.

Fortune Jaquan Spencer, 25, of Lilesville, North Carolina, was charged with murder, three counts of possession of a firearm during the commission of a felony, motor vehicle hijacking, and aggravated assault. 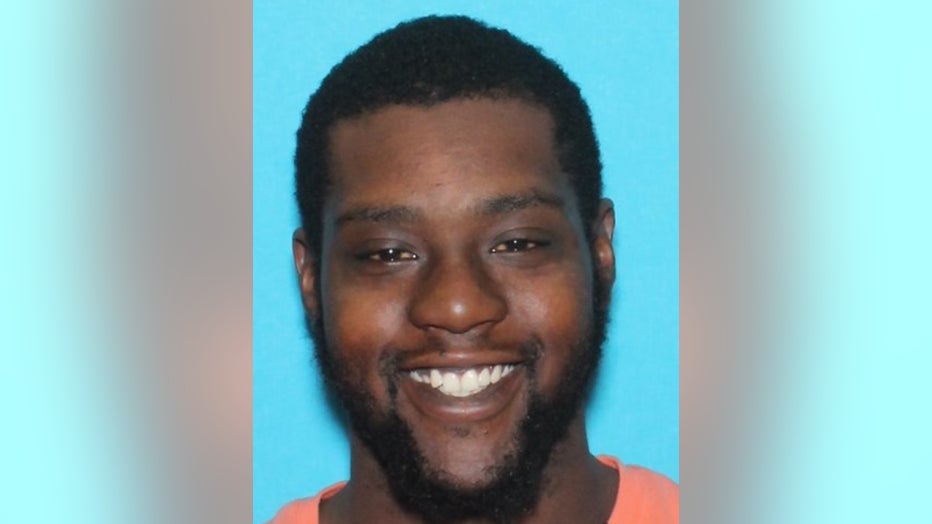 It started around 7:30 p.m. Saturday at the Hilton Perimeter Suites located at 6129 Peachtree-Dunwood Road. Police said officers were called out the scene after a report of shots being fired.

Police said they found a woman suffering from at least one gunshot wound inside a car. 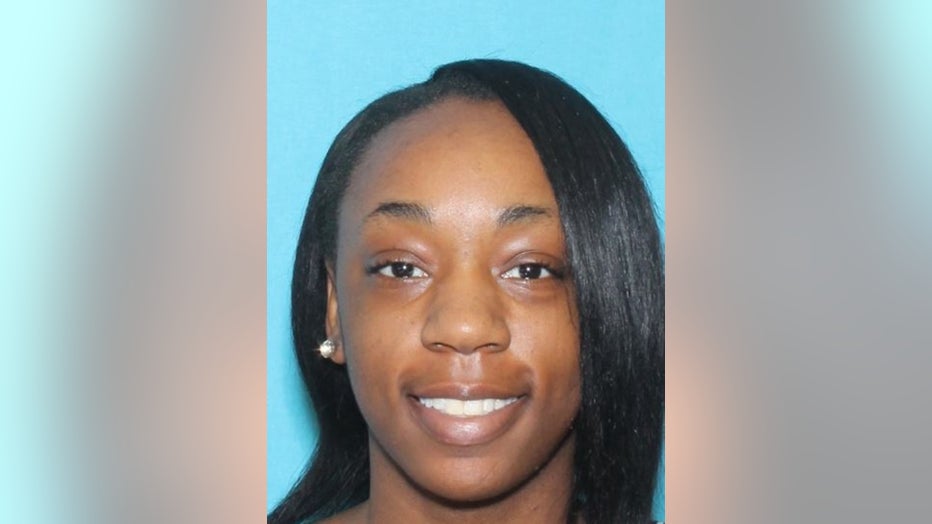 Sherika Monique Little, 24, of Wadesboro, North Carolina, was rushed to an area hospital where she was pronounced dead.

Police said Spencer ran from the scene and tried to carjack a driver near the intersection of Peachtree-Dunwoody Road and Hammond Drive.

Spencer shot the driver, who was later rushed to the hospital with non-life-threatening injuries, authorities confirmed. 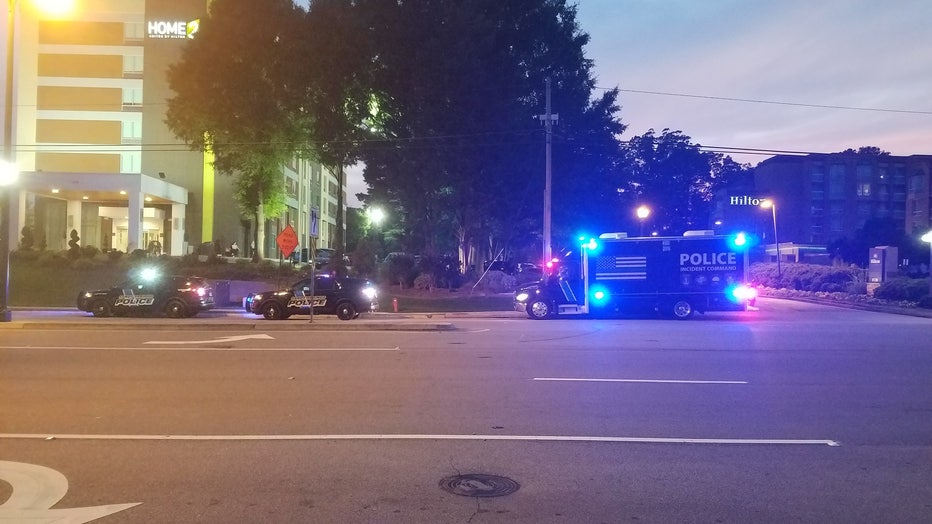 Police respond to the Hilton Perimeter Suites located along Peachtree-Dunwood Road in Sandy Springs after a report of a shooting on June 6, 2020 (FOX 5)

Spencer was not successful, so police said he tried again and was able to steal a vehicle, this time without firing a shot.

He ended up crashing the car near Peachtree-Dunwoody Road and Central Park Drive, police said. 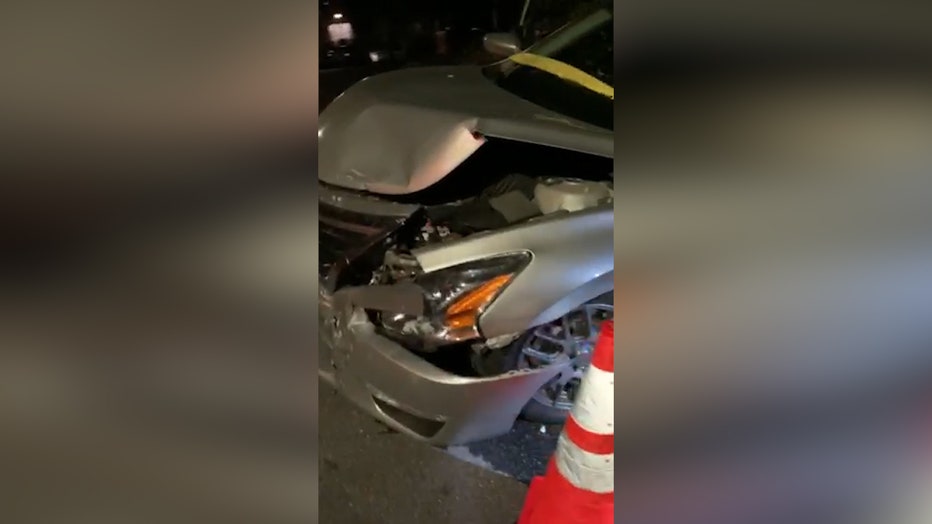 A third carjacking attempt was thwarted when police said one of the vehicles traveling along Peachtree-Dunwoody Road struck Spencer.

He ran from the scene but was caught a short time later. 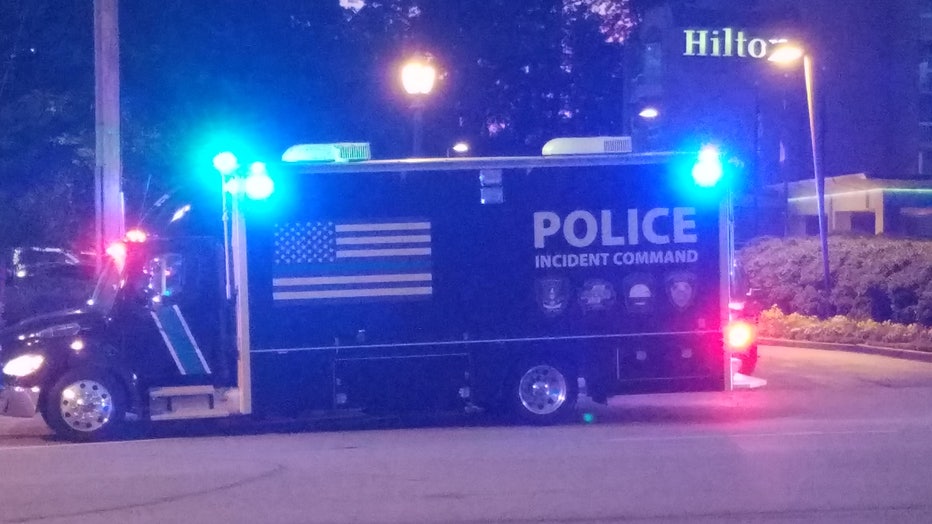 Officers responded to several locations along Peachtree-Dunwood Road after police say a suspect attempts at least three carjackings to try to flee a murder scene on June 6, 2020. (FOX 5)

Investigators said Spencer and Little were in a relationship and the argument started as a domestic dispute.

Todra Washington said she was pulling out of her apartment parking deck when it happened. She said she noticed two unusual things at the time.

"There was a young gentleman in a blue Charger. He had his flashers and he was coming at a high speed. And I see a guy with no shirt on, a heavyset guy with blue jeans on and he was running across the street," Washington said.

Washington went on to say she let the man cross the street and he then came up to her with a gun.

"I put both my hands up and I  just looked down and I didn't want to see him. I put my car in park. I was like 'God, please don't let this guy shoot me".

"I just said 'sir, you can have it. Everything is in there. You can have everything just let me get my baby out".

Washington went on to say she was stunned to learn the events leading up to the carjacking and said she's thankful she and her granddaughter were able to make it out of it alive.

"It just wasn't my day. And I am just so thankful to God for that," Washington said.

The investigation remains open and anyone with information in the case is asked to call SSPD Detective Morgan at 770-551-2591 or by email at WMorgan@SandySpringsga.gov.