Gwinnett County police are investigating after two shooting victims were found in an SUV Saturday.

LOGANVILLE, Ga. - Police in Gwinnett County are determining the cause of an incident that left one man dead and a teenager injured on Saturday in Loganville.

Police said the scene of the investigation is 4376 Foxberry Run in Loganville.

Officers responded at 6 a.m. on Saturday to find a victim dead inside an SUV after suffering at least one gunshot wound. The victim has been identified as 20-year-old Loganville resident Devond Holmes.

Officers said a 16-year-old boy in the SUV was transported to a local hospital. The extent of his injuries are unknown. 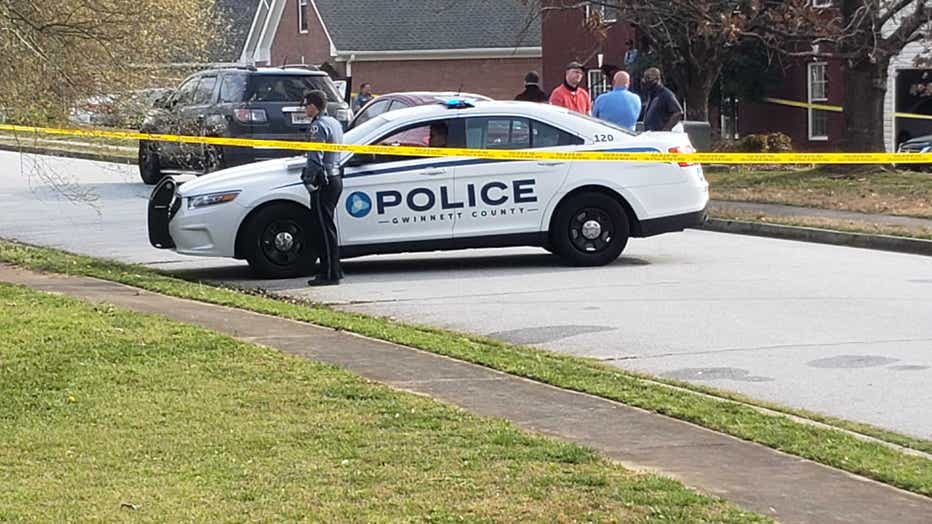 Police believe both victims knew each other. Police said the SUV had damage to both the passenger and driver-side windows, FOX 5 Atlanta's Brooke Zauner reported.

"We started interviewing, asking for video footage and statements who may have heard or seen something," Officer Kylie Bonney with Gwinnett County PD said.

Police have not determined a motive for the shooting or a possible suspect. Investigators were conducting interviews at the scene at approximately 10:30 a.m. on Saturday.

If anyone has any information to share in this case, authorities urge them to contact GCPD detectives at 770-513-5300. The public can leave anonymous tips for Crime Stoppers at 404-577-TIPS (8477) or visit www.stopcrimeATL.com.