Just before midnight, a man returned home at the Columbia at Mechanicsville Crossing apartment complex on Wells Street. Detectives say two men approached him in the parking lot. 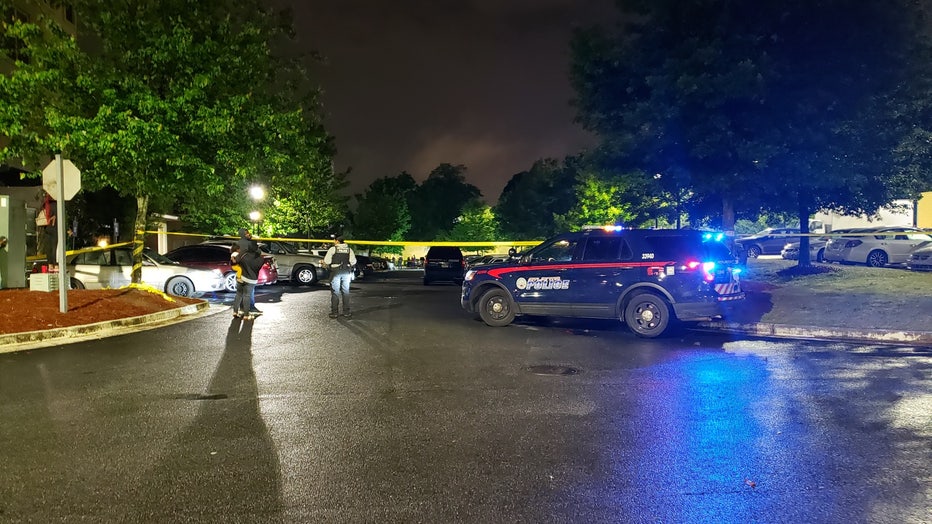 During the robbery, it appears both assailants started shooting. Investigators aren't sure if they were firing at each other or the victim.

One of the gunmen was shot in the head and leg. He died at the scene.

Police didn't have any information about him, other than to say he appeared to be his late twenties to early thirties. 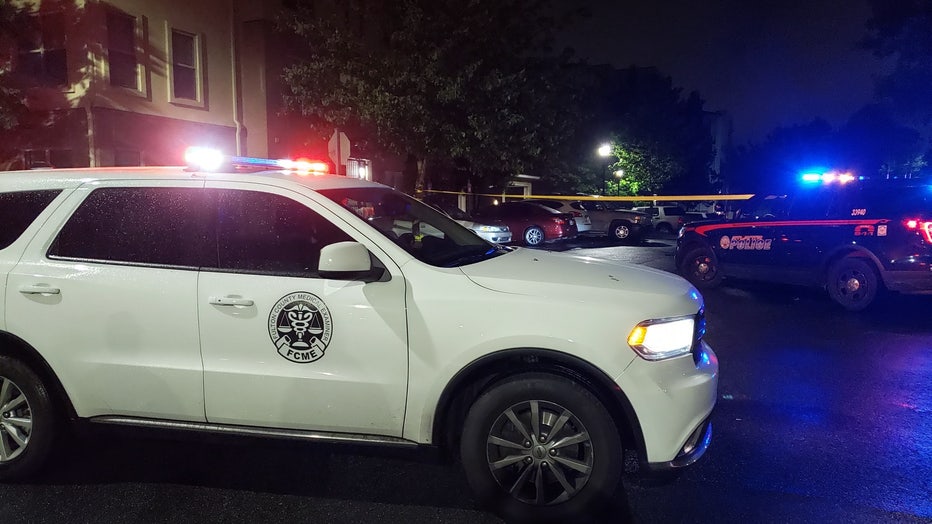 The robbery victim was shot in both legs. Paramedics rushed him to Grady, where at last check he was in stable condition.  Detectives planned on talking to him later to find out what happened.

The other suspect fled. Police don't have a description.

Investigators searched the victim's apartment, hoping to determine if this was a crime of opportunity or if he was targeted for a reason.

The complex has multiple video cameras. Police believe the surveillance video will show them exactly what happened.