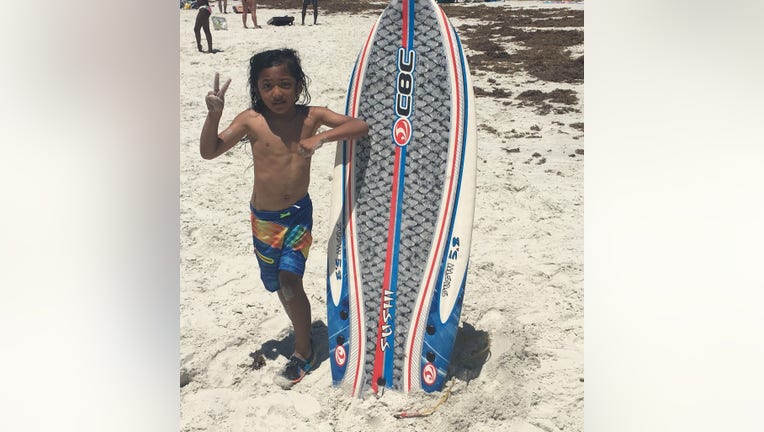 Police in Atlanta are searching for a missing 6-year-old boy.

Marcus Grant Jr. was last in the 900 block of Metropolitan Parkway near Pearce Street SW around 4:30 p.m. on Wednesday, the Atlanta Police Department said. The boy’s father told officers his son was heading to the store but instead stayed at home with his roommate.

When the father came home two hours later police said the boy was not there. The father’s roommate told investigators he had not seen the child since earlier in the day.

Grant was last seen wearing no shirt and had on blue shorts.

Anyone who sees the young boy is asked to call 911 immediately.