ATLANTA - Months after the "gruesome" murder of a woman in Piedmont Park in Midtown, police have provided few answers to questions surrounding the case.

Who killed Katherine Janness and Bowie, the dog she was walking the night of her death? Why were they targeted? The Atlanta Police Department has not made any arrests, announced persons of interest or stated a possible motive related to the crime.

As the months have gone on, Atlanta residents have expressed their uneasiness about the safety of the park. The investigation has highlighted a need for heightened security at Atlanta parks.

While a culprit may still be at large and the circumstances leading up to the crime are unknown, new information about the case is still coming to light.

Here's all we know about Katherine Janness, Bowie and their murder (WARNING: Details of this case are disturbing and discretion is advised):

When, where in Piedmont Park did the murder happen?

Some Midtown residents are frustrated by the police's silence on the Piedmont Park deadly stabbing case.

Officers were called to the entrance of Piedmont Park at 10th Street and Charles Allen Drive around 1 a.m. on July 28 after the discovery of a woman and her dog stabbed to death.

The woman was identified as 40-year-old Atlanta resident Katherine Janness. She was reportedly found near the entrance to the park at 10th Street and Charles Allen Drive.

Police released an image of Janness and Bowie, her partner's dog, using a crosswalk near the park shortly before the murder. There was a $10,000 reward. 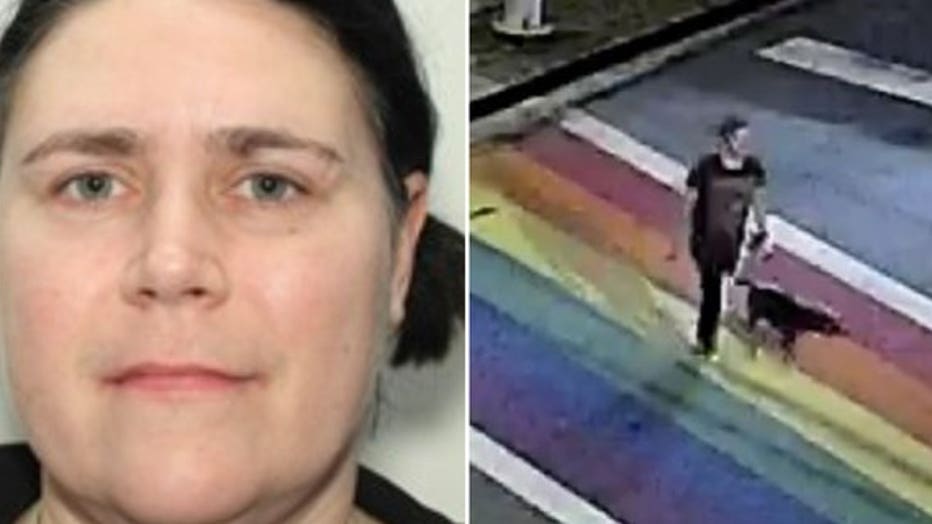 Katherine Janness was found murdered in Piedmont Park on July 28. She was seen walking her dog near the park prior to her death.

Who is Emma Clark, Janness' partner at the time?

Katie Janness' partner, Emma Clark, spoke with FOX 5 and said she remembers her as an 'incredible dog mom, a bartender, and an advocate for social justice.'

Emma Clark said her heart was broken and her "world would never be the same" after Janness and Bowie's deaths.

Clark said Janness was an "incredible dog mom and advocate for social justice." She was a musician and was well-known in the Midtown Atlanta community.

Clark allegedly tracked them her iPhone tracker and found both Janness and her 3-year-old dog dead near the entrance to the park at 10th Street and Charles Allen Drive.

A relative said Janness her partner that she was taking her dog Bowie for a quick walk but never came back. The couple lived up the street from the park and had been together for years.

Disturbing new details were released in the brutal murder of a Midtown woman in Piedmont Park earlier this year as investigators released the autopsy report on Friday.

Katherine Janness suffered more than 50 stab wounds to her face, neck and torso the night in July she was murdered in Piedmont Park, according to an autopsy report.

According to the autopsy report, Katie Janness died due to "sharp force injuries of her face, neck, and torso" that caused injuries to major blood vessels and internal organs. At least 15 of those wounds were to her head.

The report revealed the letters "F", "A", and "T" were carved into her torso. The report described significant mutilation to her upper torso.

WARNING: Details in the report are disturbing.

A retired investigator said some valuable evidence could have been gathered from Bowie's corpse.

APD ordered an examination looking for potential DNA that may have ended up on, or in the mouth of Bowie.

So far, police have not released information on the necropsy.

Were there cameras around?

The cameras were part of a pilot project and are based on obsolete technology. The cameras were not removed because their presence was deemed valuable. Officials are working to determine if there is any information to extract from the cameras.

Technically, there were cameras in Piedmont Park that night, but those cameras were inactive.

There are nine security cameras inside Piedmont Park, but none are operational due to outdated technology.

The cameras were not removed because their presence was deemed valuable.

Investigators tried to determine if there is any information to extract from the cameras, but no images or video have been made public.

This and other killings in Atlanta parks exposed a lack of video surveillance.