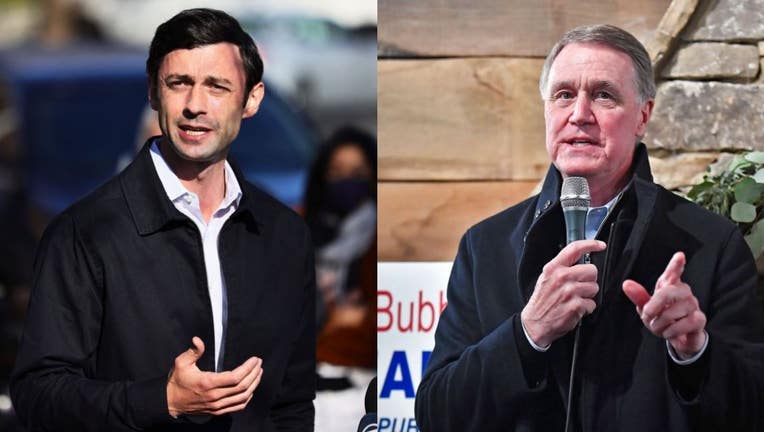 "Although we won the general election, we came up just short of Georgia’s 50% rule, and now I want to congratulate the Democratic Party and my opponent for this runoff win. Bonnie and I will continue to pray for our wonderful state and our great country. May God continue to bless Georgia and the United States of America."

Gov. Brian Kemp, on behalf of the state of Georgia, expressed his thanks to Perdue for his service in a series of tweets on Friday afternoon.

"Marty, the girls, and I wish David and Bonnie the very best in their next steps," Kemp wrote.

Kemp went on to congratulate the incoming senator for the state of Georgia.

"I would also like to congratulate Senator-elect Jon Ossoff and pledge to work with him and the incoming administration to serve the people of our state and put hardworking Georgians first," Kemp wrote.

Ossoff declared victory over Perdue Wednesday morning, despite most news agencies considering the race too close to call.

Ossoff led the Republican incumbent by over 18,000 votes - more than President-elect Joe Biden's margin of victory in the state during the presidential election.

"Unfortunately, we came up slightly short in the runoff election and earlier today I called Rev. Warnock to congratulate him, to wish him well in serving this great state," the Republican senator said. "While my heart breaks for not being able to continue to serve Georgia and America I am tremendously proud of all we have achieved together."

Loeffler, who was appointed just over a year ago by Republican Gov. Brian Kemp to fill the seat of the retired Sen. Johnny Isakson, thanked her supporters and said she was able to accomplish so much in just a short time.