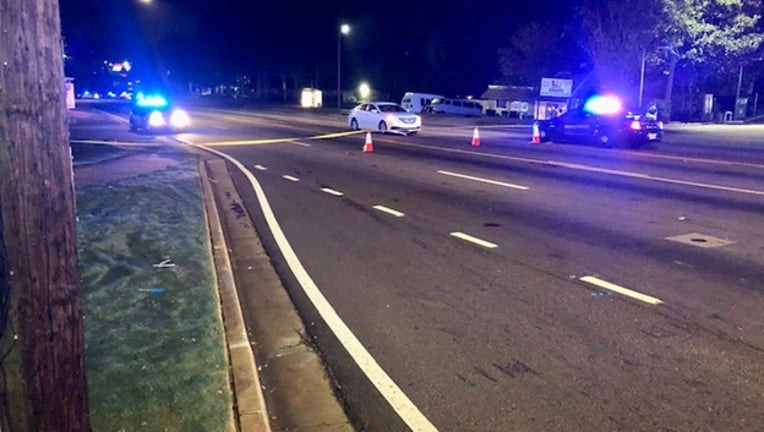 DEKALB COUNTY, Ga. - One person was killed and a second injured after being struck by a car late Thursday night on Covington Highway.

The accident happened around 11:05 p.m. on Covington Highway near Young Road.

Investigators say a man in his 30s was walking on the westbound side of Covington Road with another person before he darted into traffic moments before he was hit. The other person walking with him ran into the road in an attempt to help them before they were also struck. That person received minor injuries, but DeKalb police say the male victim died at the scene.

The investigation remains active and ongoing.