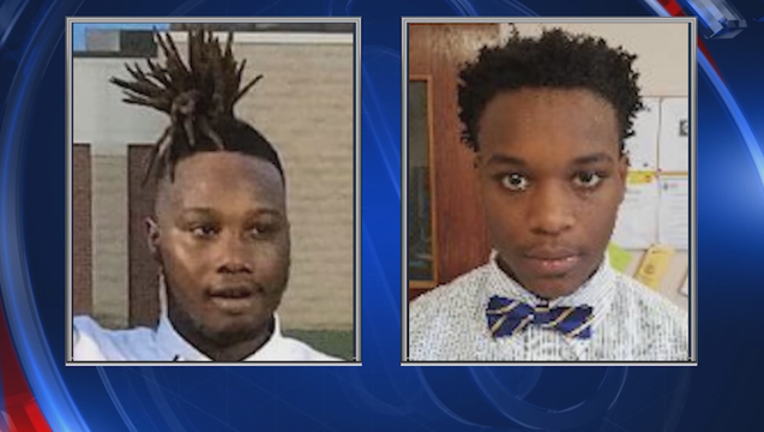 TOOMBS COUNTY, Ga. - One of two brothers wanted for murder in the shooting of a 20-year-old college student from DeKalb County has turned himself in, according to Georgia Bureau of Investigation.

His brother, Khalil Wagner, is still wanted by police. If anyone has information on the whereabouts of Khalil Wagner, please immediately call the local 911 center, the GBI office in Eastman at 478-374-6988, or the Mt. Vernon Police Department at 912-583-2771.

Stevenson Derival, a junior at Brewton-Parker College, was killed during a party in Montgomery County.

Two of his classmates and his sister said his death was senseless. All said they hope an arrest is made quickly in the case.

“You could never see him mad or stressing about something, you could never tell because he was always smiling,” said Wendal Johnson, a childhood friend.

Derival was born in Haiti and raised near Decatur. He was a proud 2015 graduate of Towers High School in DeKalb County. He excelled in wrestling and track and field and did the same at Brewton-Parker College. He was a criminal justice major with big hopes and even bigger dreams.

“You heard him, parents, mothers, fathers, sisters, cousins, grandmothers. It's a lot of people you affect. So with the violence, you got to stop. It's got to go,” said Johnson