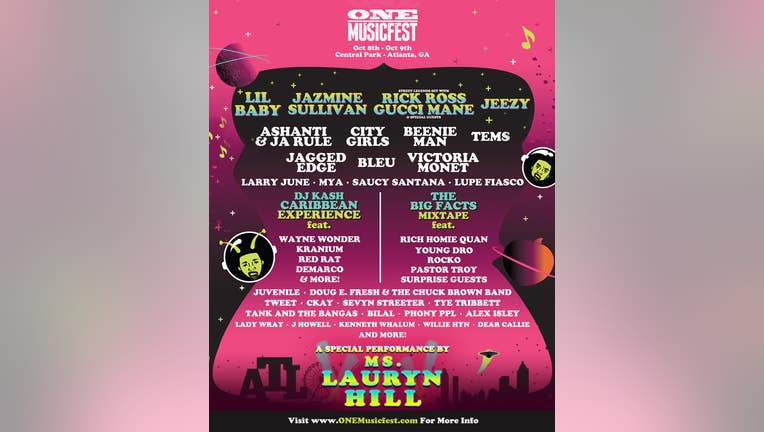 ONE Musicfest is set for Oct. 8 and 9 with headlining artists that will grace the stage for fans to enjoy such as Lil Baby, Jazmine Sullivan, Rick Ross, Gucci Mane, and Jeezy.

This year, the festival celebrates 12 years with a lineup of over 40 artists featured on different sets and platforms such as "Street Legends," "DJ Kash Caribbean Experience," and "The Big Facts Mixtape" to name a few.

Two-day general admission tickets start at $169 with a 25% deposit option listed.  Other ticket options are available such as two-day VIP, Platinum, and Titanium.

Festival officials say to not put Central Park in your GPS for directions as it will take you to the wrong side. Entry for the festival is only available at the Piedmont address: 501 Piedmont Ave NE, Atlanta, GA 30308.

Click the link to check out more information on the festival that officials say is a "cultural homecoming and a celebration of diversity."