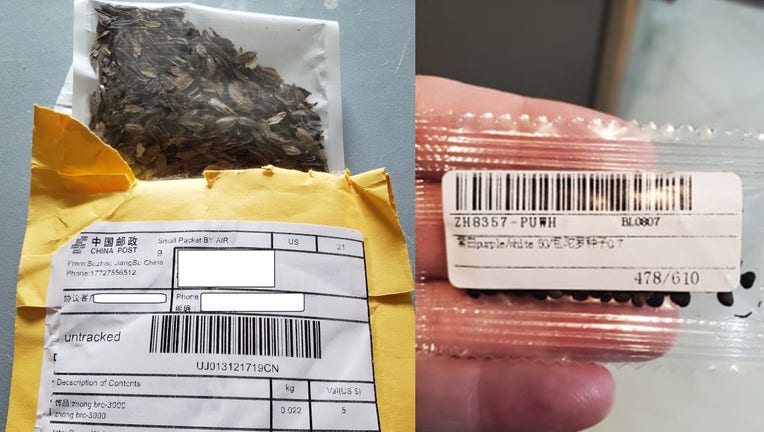 If you receive a package with seeds like these, officials say you should not open them. (Georgia Department of Agriculture)

ATLANTA - Agriculture officials are warning Georgians about unsolicited packages containing seeds that may have originated in China.

The Georgia Department of Agriculture says that several Georgia residents have received the packages.

“If you have received one of these packages in the mail, please use extreme caution by not touching the contents and securing the package in a plastic bag," said Commissioner Gary W. Black.

Black said the seeds should not be planted.

All the packages were sent by mail and may have Chinese writing on them. 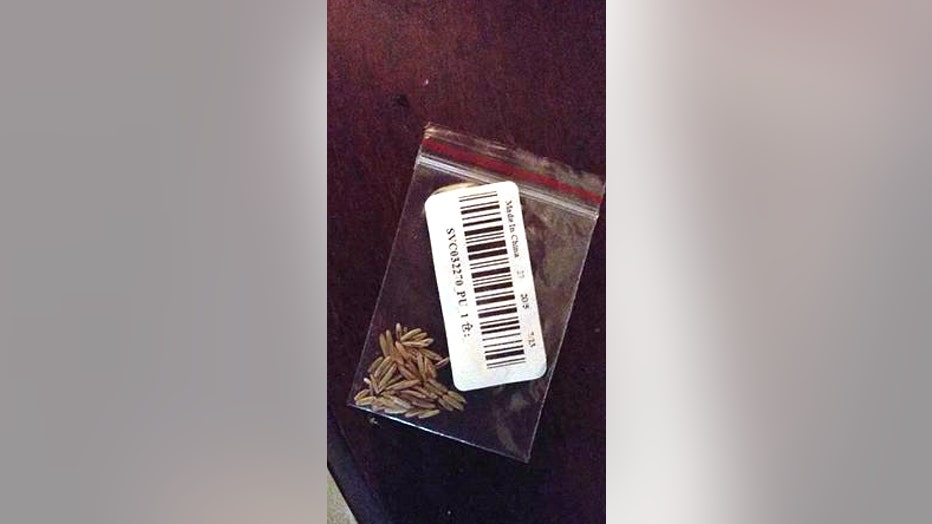 “At this time, we are not sure what the seeds are and therefore are urging everyone to be exceedingly vigilant,” Georgia Agriculture Commissioner Gary W. Black said in a statement. “If you have received one of these packages in the mail, please use extreme caution by not touching the contents and securing the package in a plastic bag.”

The seeds come in various sizes, shapes, and colors and are unknown. Black warns it could be invasive plant species which could wreak havoc on the environment, displace or destroy native plants and insects and severely damage crops.

Tracey Flemmings-Wilson received one of the packages.  The envelope said the contents were earrings, but when she opened it up she found two small packages of seeds.

"We opened the packaged and it was seeds, and we were like we didn't order any seeds," said Flemmings-Wilson.

Residents are being warned about strange seeds being sent from China.

She thought it was very strange, but decided she would just set them aside and use them when she planted her fall garden.

"I didn't know if it was going to be a flower. I do a lot of gardening and thought I can just put it in a pot and it will come up and we'll see what it is," said Flemmings-Wilson.

After hearing the warning from the Agriculture Commissioner, Flemmings-Wilson definitely won't be planting them.

"I have chicken out there and it could have been harmful to them, it could have taken over my garden. We just don't know," said Flemmings-Wilson.

Georgia warning comes after a similar report in Virginia, where residents began receiving similar packages though the mail.

SEE MORE: Mysterious seeds being mailed to Virginia residents could be from China

If you receive any unsolicited seeds in the mail from China or any other country, please call the Georgia Department of Agriculture Seed Lab at 229-386-3145 or email SeedLab@agr.georgia.gov.