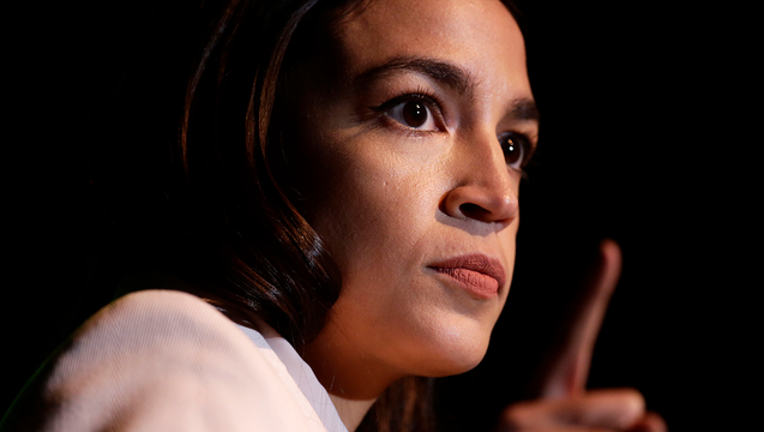 FOX NEWS - Rep. Alexandria Ocasio-Cortez, D-N.Y., has called on House Democrats to “move forward” with impeaching President Trump, adding that if they fail to do so it could be viewed as a “politically motivated” decision.

The freshman New Yorker issued the call to arms to members of her party shortly after White House Counsel Don McGahn defied a subpoena and skipped a committee hearing at Trump's direction.

The move infuriated Democrats and touched off what could be another high-profile battle over holding a Trump official in contempt of Congress.

“Let me be clear, this committee will hear Mr. McGahn's testimony, even if we have to go to court to secure it,” House Judiciary Committee Chairman Jerry Nadler, D-N.Y, said at the beginning of the hearing which McGahn did not attend.

Speaking to reporters from a hallway inside the Capitol, Ocasio-Cortez said members of her party must understand how the decision whether or not to impeach the president will be viewed.

“Just as impeaching without cause could be construed, and is, politically motivated choosing to not impeach when there is an abundance of cause could also be construed similarly,” she said.

Ocasio-Cortez was also asked by CNN’s Manu Raju if Democrats should impeach Trump in the wake of McGahn’s no-show.

“You know, I trust the speaker is taking a measured approach to ensure that we’re moving everyone forward and, you know, being a speaker is hard, holding this party together is a difficult task,” the freshman congresswoman said.

“But I personally think so. I think we have to move forward.”

The development comes one day after a senior House Democrat -- speaking on the condition of anonymity -- told Fox News that House Speaker Nancy Pelosi could soon be left with no choice but to embrace calls from some within her party to impeach Trump.

The official said, despite Pelosi’s repeated attempt to quell talk of impeaching the president, she “isn’t going to be able to hold off on impeachment much longer.”

“It is coming to a head,” the Democrat told Fox News, before predicting the mounting pressure from inside her own ranks could force Pelosi to change her position “within the next two weeks.”

The Democrat argued that “the vast majority of us are for impeachment.”