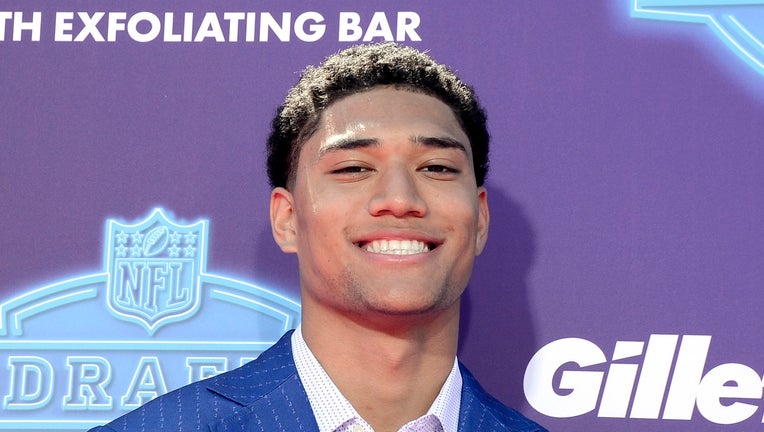 Hamilton was long-sought by colleges starting in his sophomore year at Marist School in Atlanta. He was ranked as the top-10 safety prospects in the country.

With the Irish as a freshman, he had four interceptions despite starting only one of 13 games played.

His career in South Bend would be cut short in 2021. He was limited to seven games in 2021 because of a right knee injury that did not require surgery.

Hamilton was considered a possible top-five pick by some, but a pedestrian 4.59-second 40 time at the combine may have hurt him. He comes with an injury history of his own after he was limited to seven games in 2021 because of a right knee injury that did not require surgery. His combine stats were underwhelming and might limit him in some defenses, but he has a knack for game-changing plays.

Hamilton is described as being a rangy and dynamic athlete who tends to show up in places that offenses don't anticipate.

After an injury-plagued season in which the Ravens went 8-9, Baltimore took advantage of a rare chance to pick in the first half of the first round. This was the Ravens' highest selection since they took tackle Ronnie Stanley at No. 6 in 2016. It was only the fifth time in the past 22 years that Baltimore picked in the top 16.

The Ravens went with a defensive back in the latest attempt this offseason to shore up their secondary. Baltimore also added safety Marcus Williams via free agency after its defense finished last in the NFL against the pass.

It wasn't a surprise that Baltimore went with a defensive player. The Ravens have made significant moves on that side of the ball, including a change at defensive coordinator from Don Martindale to Mike MacDonald.

Injuries could be blamed for many of Baltimore's problems in the secondary last year. Cornerback Marcus Peters went down with a knee injury before last season started, and Marlon Humphrey eventually got hurt too.

Hamilton is the 14th overall pick.