The results are the same in the other Senate race with Republican incumbent David Perdue and Democratic challenger Jon Ossoff tied at 49 percent each, with 2 percent undecided. 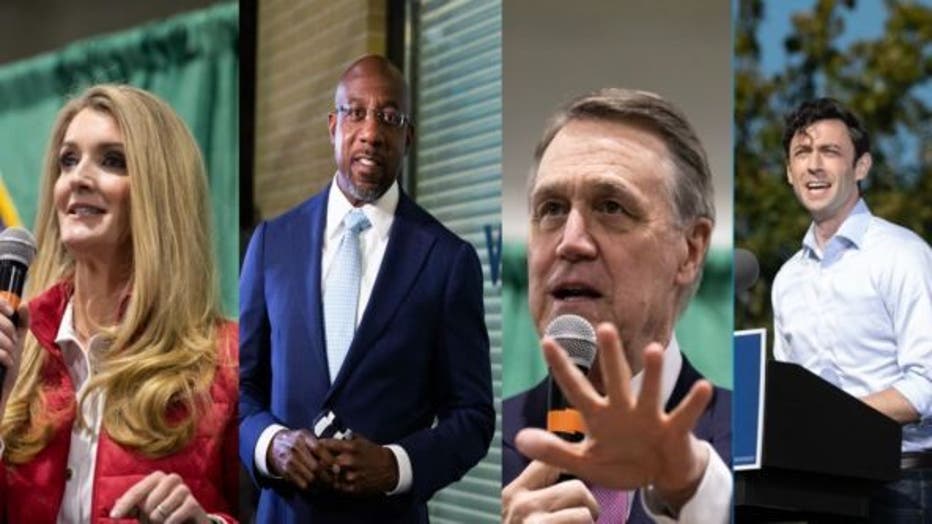 The poll of 500 likely Georgia voters was conducted Sunday night, and has a margin of error of 4.4 percent.

Insider Advantage founder and retired FOX 5 political analyst Matt Towery says the closeness of the polls shows it’s all about turnout in Tuesday’s runoffs to determine Georgia’s next U.S. Senators.

Towery told FOX 5, "These races look more likely to be all or nothing scenarios with either Republicans or Democrats taking both seats."

Democrats need to take both seats to control the U.S. Senate, with Republicans needing one seat to retain control in the Senate.

Towery sees the Republican candidates going from a guaranteed advantage to "needing a jump ball to win both seats."

The polls were released hours before President-Elect Joe Biden holds a Monday afternoon rally in Atlanta for Ossoff and Warnock, and President Donald Trump holds a rally Monday night in Dalton for Loeffler and Perdue.

FOX 5's Portia Bruner spoke with Georgia voters on if President Trump's phone call with Raffensperger will impact the twin Senate runoff election in this week's Your Take.

In evaluating the two races, Towery believes Loeffler and Perdue should have embraced President Trump more in their ads with polls showing 75% of Republicans don’t believe the November results were fair or accurate. On the other hand, he believes Ossoff and Warnock should stress stability and confirming the November election results as reasons to vote for them.

Towery believes the Republicans must have a strong turnout on Tuesday to retain both seats.

According to Towery, "the GOP will need at least 800,000 voters to vote for them on Tuesday as Democrats have clearly done better in early voting."