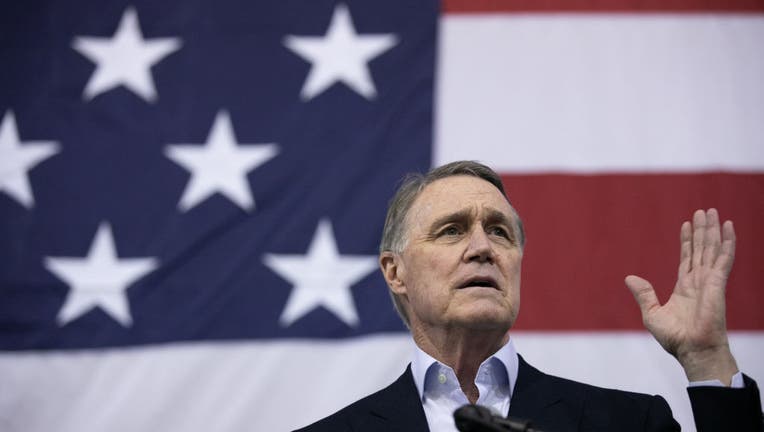 ATLANTA - Georgia Sen. David Perdue said that he is supporting his fellow Republican lawmakers who will object and challenge the results of November's presidential election.

Sen. Ted Cruz of Texas on Saturday announced a coalition of 11 senators and senators-elect who have been enlisted for Trump’s effort to subvert the will of American voters.

This follows the declaration from Sen. Josh Hawley of Missouri, who was the first to buck Senate leadership by saying he would join with House Republicans in objecting to the state tallies during Wednesday’s joint session of Congress.

"We do not take this action lightly," Cruz and the other senators said in a joint statement.

They vowed to vote against certain state electors on Wednesday unless Congress appoints an electoral commission to immediately conduct an audit of the election results.

Speaking on Fox News' "Sunday Morning Futures," Perdue said he was encouraging his colleagues to object.

"You know when I first saw the magnitude of the irregularities back in December, early December, about our November race, I called for the resignation of our secretary of state, I repeatedly called for a special session of the General Assembly to investigate," Perdue said. "None of that happened, and so I started calling out that the only thing left for the president is for us to object and I agreed that I would do that."

While the senator has voiced his support, he will not be in the Senate on Jan. 6 to oppose the certification due to the Georgia Senate runoff taking time to certify its own results if he wins against challenger Jon Ossoff.

"This is something the American people demand right now," Perdue said. "There are huge irregularities in Georgia. They need to be investigated and they need to be corrected in my opinion."

President-elect Joe Biden narrowly won Georgia by about 12,000 votes out of the 5 million cast, but Trump and his allies have made repeated baseless claims of widespread election fraud.

A bipartisan group of 10 senators, including Republicans Susan Collins of Maine, Lisa Murkowski of Alaska, Bill Cassidy of Louisiana and Mitt Romney of Utah, responded to the effort in a joint statement saying, "The 2020 election is over."

The senators wrote that further attempts to cast doubt on the election are "contrary to the clearly expressed will of the American people and only serve to undermine Americans’ confidence in the already determined election results."