A Naperville Central High School student has been charged with a hate crime for a Craigslist post listing an African American student as a “slave for sale.”

NAPERVILLE, Ill. - A Naperville Central High School student has been charged with a hate crime for a Craigslist post listing an African American student as a “slave for sale.”

The boy is charged with two felony counts of hate crime for taking a photo of the victim at school on Nov. 14 and using the photo in an ad posted to Craigslist, according to the DuPage County state’s attorney’s office. He is also facing a misdemeanor count of disorderly conduct.

The ad was accompanied by the caption “Slave for sale (Naperville)” along with “an offensive racial slur,” prosecutors said.

“The allegations against the juvenile in this case are beyond disturbing,” DuPage County State’s Attorney Robert Berlin said in a statement. “Hate crimes have no place in our society and will not be tolerated in DuPage County. Anyone, regardless of age, accused of such disgraceful actions will be charged accordingly.”

Students previously faced discipline from the school over the post. In a statement issued Monday, Naperville School District 203 officials said the high school “took swift and appropriate action steps to address this situation and the students involved.” 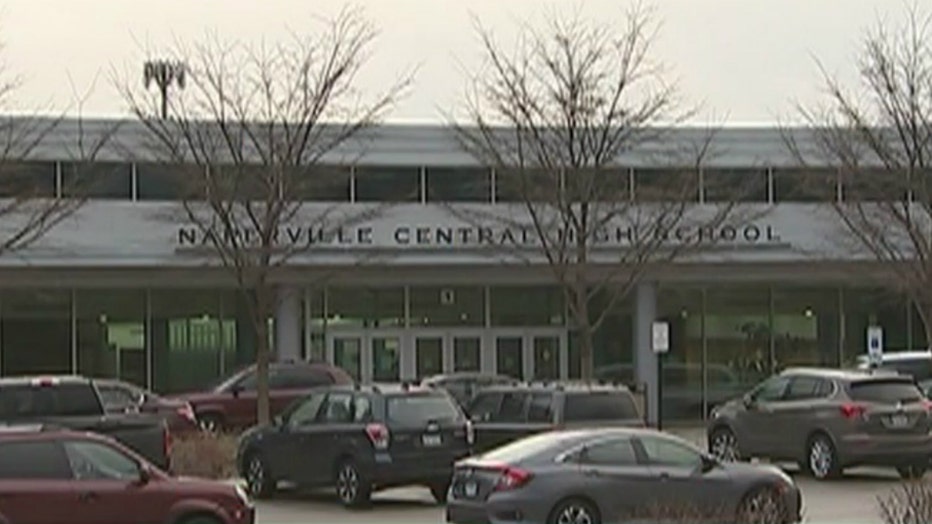 “As educators we have a responsibility to ensure the safety and well-being of all students, especially those from marginalized and vulnerable student groups,” district officials said. “Racial discrimination and hateful acts are not acceptable.”

The district said it follows the principles of a restorative practice to address and repair harm, meaning school administrators and social workers are providing follow-up support for the students involved.

“These steps are critical to process and we firmly believe that this incident does not reflect the climate and culture of Naperville Central,” officials said.

The boy appeared in juvenile court Wednesday, and his next court date was scheduled for Dec. 18.

The incident comes weeks after a group of customers walked out of a Naperville Buffalo Wild Wings after a manager told them another diner didn’t like to sit near black people.