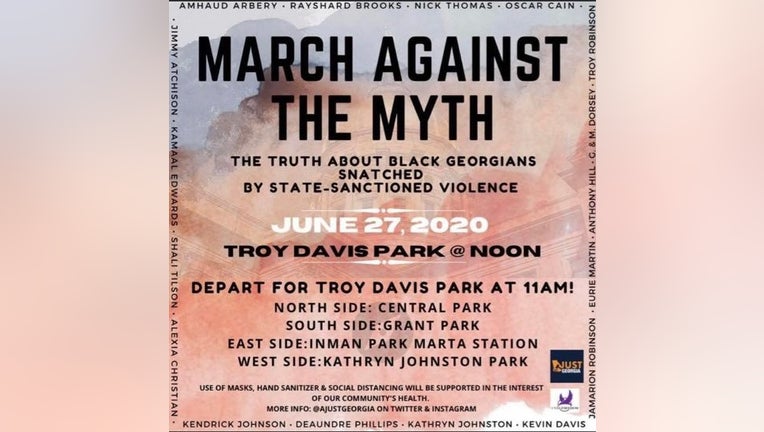 ATLANTA - The Georgia NAACP announced its plans for a march on Saturday in a continued effort demanding accountability and transparency among the police. The group is calling for open investigations following police shootings and are demanding justice for the lives that were lost.

The group calls the demonstration a “March against the myth: The truth about Black Georgians snatched by state-sanctioned violence.”

The group will be joined by Atlanta City Councilman Antonio Brown as well as the families of Jimmy Atchison, Jamarion Robinson, Caine Rogers, Veltavious Griggs, Oscar Caine, and DeAundre Phillips.

The march will begin at various locations from around the city including Central Park, Grant Park, Park MARTA Station, and Kathryn Johnston Park, where once stood the former home of 92-year-old Katheryn Johnston who was killed by Atlanta police in November 2006 during botched a no-knock drug warrant.

The group will converge at noon Troy Davis Park, an unofficial moniker given to Woodruff Park in Downtown Atlanta during the Occupy Atlanta movement. Davis was executed by the state of Georgia in September 2011 for the 1989 murder of police officer Mark MacPhail in Savannah. Davis maintained his innocence and drew support from national and international advocates to have the case reviewed or his death sentence stayed.

Organizers say they will be implementing social distancing, are encouraging masks, and the use of hand sanitizer.