Atlanta police are now offering a reward for information that leads to the arrest and indictment of person responsible for a shooting at a northeast Atlanta apartment complex that left a mother injured and killed her adult daughter. Investigators believe an earlier argument sparked the shooting and would like to find a man and woman they believe were involved.

ATLANTA - An early morning double shooting left a northwest Atlanta woman dead and sent her mother to the hospital.

Police responded to the Preserve at Collier Ridge complex on Harwell Place around 1:30 a.m. Tuesday.

They found the mother-daughter victims, both of whom had been shot. Paramedics rushed the women to Grady, but the daughter, 23-year-old A'nisha Shavers, didn't survive.

At last check, the mother, 44-year-old Janean Alicia Baker, was in stable condition. 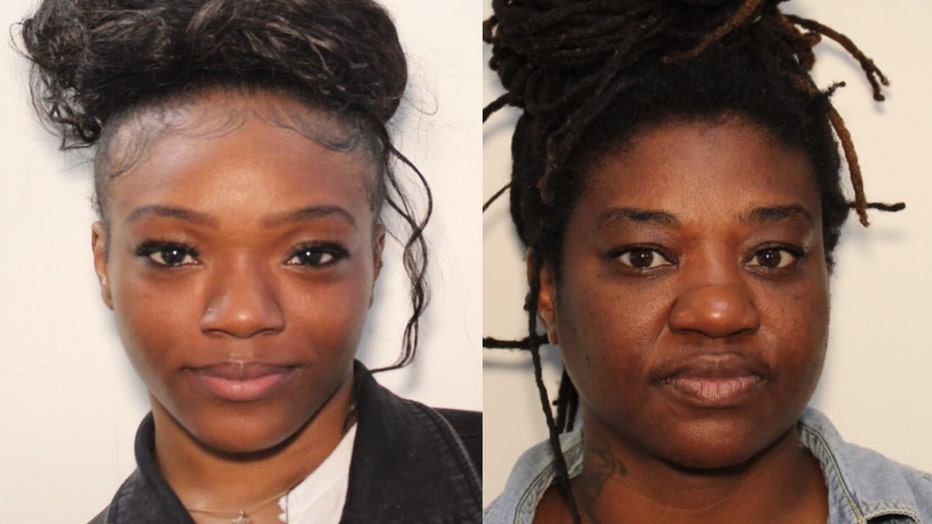 Paramedics rushed A'nisha Shavers, left, to Grady hospital but she didn't survive. At her mother, Janean Alicia Baker, was in stable condition.

Investigators say this all began as an argument between the Shavers and another woman in the complex parking lot.

After that fight ended, the other woman called the shooter and told him what happened. The gunman then came to the complex and opened fire on both the daughter and her mom. The shooter then took off on foot.

Police said the shooter measures between 5-foot-6 and 5-foot-7 in height in his 20s or 30s with a medium brown complexion and a short to medium afro. Police describe the woman as dark-skinned with small braids on top of her head and larger braids in the back, about 5-foot-4 to 5-foot-5 in height and "chubby." Police believe she is in her late 30s to early 40s.

"There was a fight earlier this evening outside of the apartments," Atlanta Police Department Lt. Daniel Genson says. "From that fight, other people were encouraged to participate in the shooting. They were contacted and called over here."

Police say both of the victims live in the complex.

Atlanta Crime Stoppers has since offered a reward of up to $2,000 for information leading to an arrest and indictment in the case.

A woman is dead and another is wounded after a shooting at an Atlanta apartment complex early Tuesday morning in northwest Atlanta. Police are searching for a shooter.