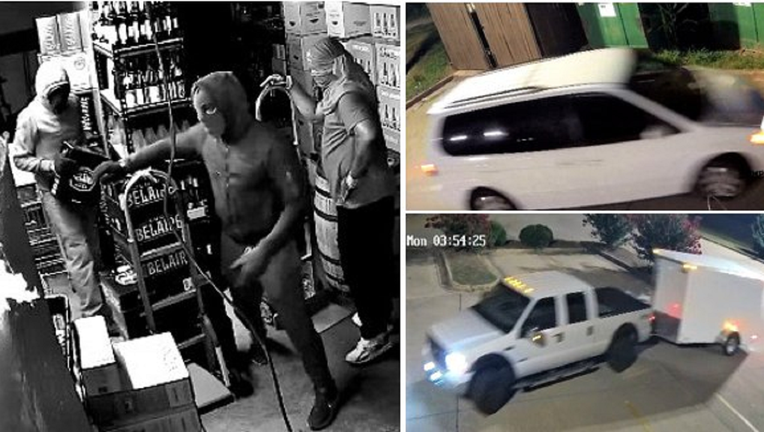 Police in Henry County are searching for the people and the vehicles seen in this image connected to a robbery at Highway 138 Package Store in Stockbridge on June 27, 2022. (Henry County Police Department)

STOCKBRIDGE, Ga. - Up to a half-dozen suspects made off with tens of thousands of dollars’ worth of liquor during a Henry County heist.

It happened just after 1 a.m. Monday at the Highway 138 Package Store in Stockbridge. Henry County police said between four and six people were involved in the heist and made off with about $90,000 worth of inventory.

Police said the men were dropped off by a white minivan and spent several hours inside the business. The men were eventually picked up a by a white extended cab pickup truck pulling a white utility trailer.