Event organizers honored Jewell for his heroic efforts before the deadly bombing. Jewell's wife and mother attended the ceremony.

ATLANTA - A new monument in Centennial Olympic Park recognizes first responders who came to the aid of people caught in the 1996 Olympic bombing in Downtown Atlanta. It's dedicated to Richard Jewell, the late security guard scrutinized as a bombing suspect before he was cleared of suspicion during the FBI's investigation.

On July 27, 1996, the pipe bomb explosion killed one person — 44-year-old Alice Hawthorne — and injured more than 100. Jewell's name was leaked early in the investigation and law enforcement and media became suspicious of him. Even after Jewell's name was cleared, he said the ordeal that kept him shut up in his Atlanta apartment left him with a "non-healing scar." Jewell died in 2007.

On Wednesday, roughly 25 years and Jewell's family joined other prominent city and law enforcement officials that recalled the morning the bomb went off. 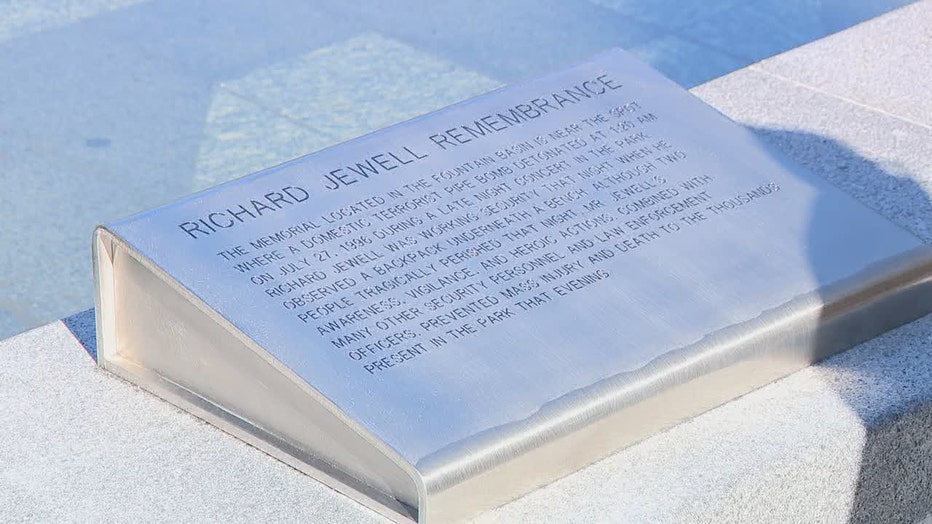 A monument dedicated to Richard Jewell near the site of the 1996 Olympic Park bombing.

Tom Davis, the Georgia Bureau of Investigation special agent in charge on the day of the bombing, went into detail about law enforcement's investigation leading up to the detonation.

"It was a very surreal moment in my life," Davis said. 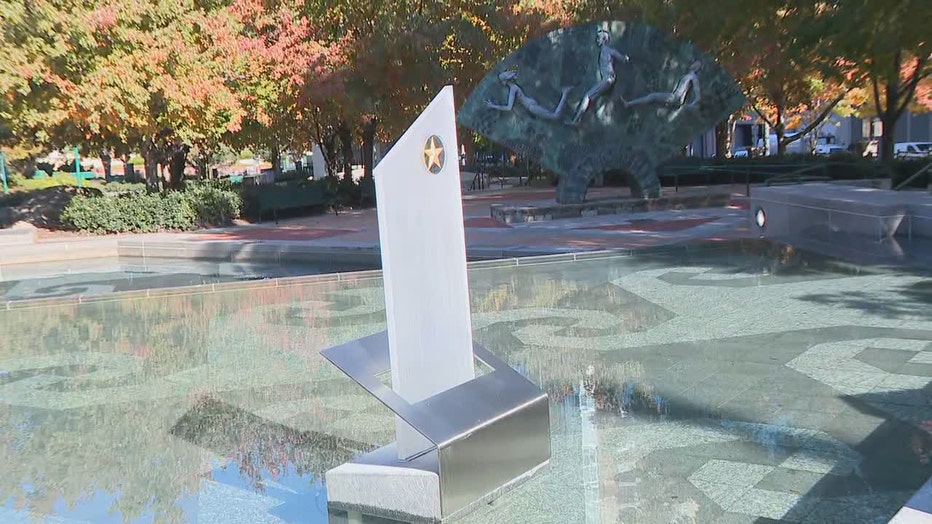 A monument dedicated to Richard Jewell near the site of the 1996 Olympic Park bombing. (FOX 5 Atlanta)

Davis described Jewell as a young man who took his job seriously. He recalled having a conversation with Jewell, who pointed out the suspicious bag containing the pipe bomb in the park.

"Had he not seen the backpack under that bench and had law enforcement not responded the way they did, I'm convinced the death toll at Centennial Olympic Park would have been higher that night," he said.

MOST TALKED-ABOUT MOMENTS FROM TOKYO OLYMPICS

Former ambassador and Atlanta Mayor Andrew Young said the monument is a symbol of the City of Atlanta's unity in the wake of the bombing.

"It would be easy to be sad at the tragedy that occurred here, but we have a way of celebrating adversity," Young said.

Young said he was at a hospital in the hours after the bombing and said he was proud of the response of the city's emergency services. Young lamented the fate of Jewell's reputation.

"You do something heroic and you get blamed for it, and we're thankful this community responded in a way I don't think anyone else could have," Young said.