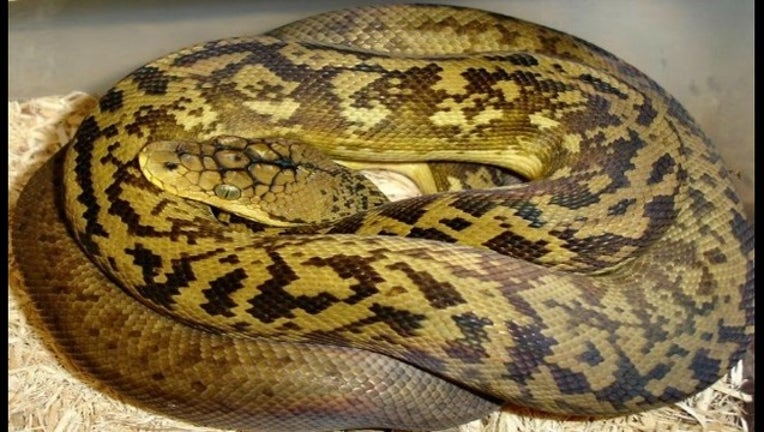 ATLANTA - The Timor python which escaped an outdoor enclosure in the Zoo’s behind-the-scenes Conservation Breeding Center on Saturday, July 9 has been found.

According to Director of Communications, Rachel Davis. "The snake has been found! Safe and sound, found by Zoo staff on Zoo property and returned to its home."

Teams at Zoo Atlanta began searching the Zoo and the Grant Park area for the snake on Saturday. The animal is not venomous and did not represent a danger to humans or pets.

This animal was not housed in a public area of Zoo Atlanta but is instead part of a conservation program housed in the Zoo’s Conservation Breeding Center, which is not open to the public. While some animals use outdoor enclosures outside this center so that they may benefit from natural sunlight during the day, it is the Zoo’s policy not to house venomous snakes in any of these spaces, and additional measures will be taken to ensure that these spaces are secure.

The Timor python is a semi-arboreal snake species native to Southeast Asia. The species is shy, non-aggressive and prefers to avoid humans.