Madison Collier and her husband were ready to expand their family of three. When they got the ultrasound, they were shocked by the unexpected result.

COBB COUNTY, Ga. - One metro Atlanta family has four little somethings to be extra grateful for this holiday season.

Madison Collier and her husband Justin were ready to expand their family of three.

So when the Cobb County couple went in for an ultrasound, they got quite the surprise when they found out their family was going to be expanding a lot more than they thought. They were going to have quadruplets.

"I go into the doctor for my eight-week just kind of confirmation appointment. And so we're sitting there and he starts the ultrasound," Madison Collier said. "I'm just waiting ... waiting ... waiting … and he goes, "Were you on fertility drugs?" I was like, ‘no.’ And he says, "huh."

"I was laying there, somewhat freaking out already, and he was like well there's four. And I was like four! What!?" Collier said. 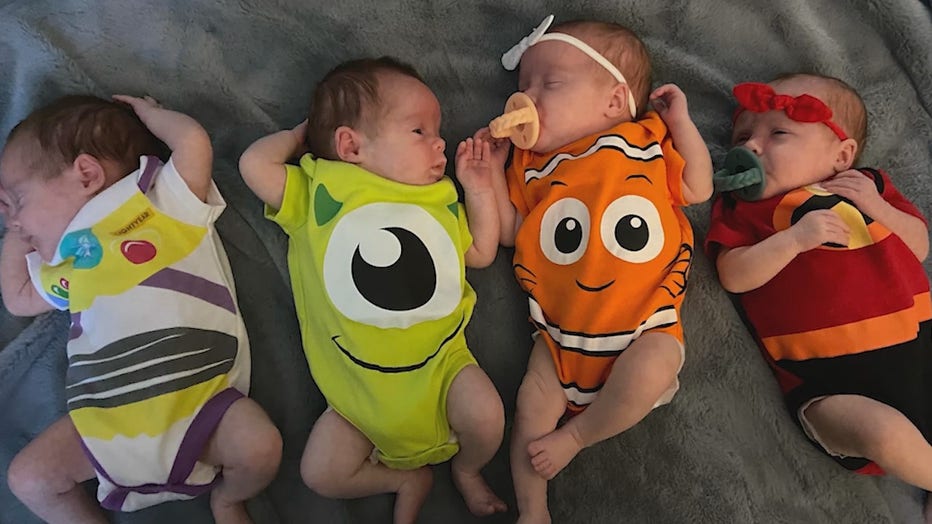 Madison says there are no other multiples in either her or her husband's families, which added to the shock.

"He told me later that he laid down on the floor because he felt faint," she said.

It was a surprise for little Isla too to learn that she was going to be a big sister to four new babies.

"I thought it was crazy," she said.

The babies had another surprise in store for mom and dad. They made their appearance early at 28 weeks, so they had to spend some time at the NICU at Northside Hospital.

"It's definitely different to have babies and not bring them home, for sure. That was hard for me, but at the same time I knew they needed to be there and they needed that help," Madison Collier said. 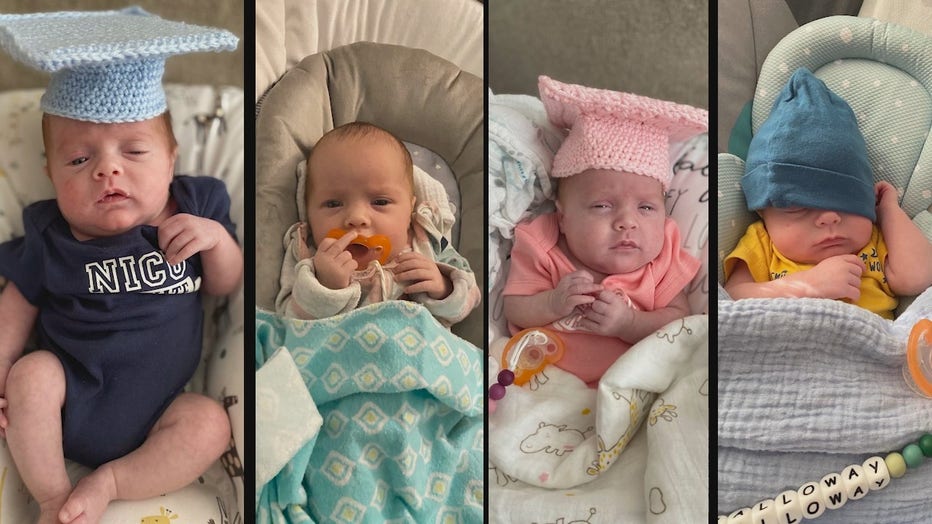 Now that all the babies are back home and healthy, it's a lot of juggling and a lot of diapers.

But a lot of fun as well, and a whole new world to tackle as a family of seven.

The Colliers are currently taking two cars around to get the babies everywhere since they don't have a vehicle that holds five car seats.

If you'd like to support the family, visit their GoFundMe.