After seven months of the space staying empty, officials said the site will be home to a memorial honoring the late Congressman John Lewis.

DECATUR, Ga. - A memorial of the late congressman and civil rights pioneer John Lewis will replace a Confederate monument that once stood in Decatur Square.

The Confederate monument called "The Lost Cause" was erected in 1908 by the United Daughters of the Confederacy in the square, the same year the Georgia legislature ratified an amendment to prevent African Americans from voting.

In June of 2020, a judge declared the monument a public nuisance and order its removal.

"In short, the Confederate obelisk has become an increasingly frequent target of grafﬁti and vandalism, a ﬁgurative lightning rod for friction among citizens, and a potential catastrophe that could happen at any time if individuals attempt to forcibly remove or destroy it," the judge wrote in his order. 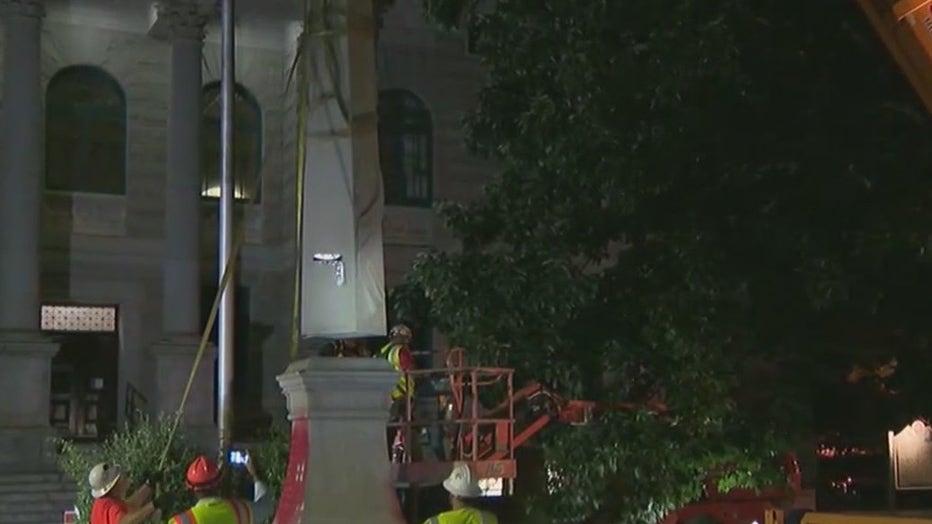 While under Georgia state law, "No publicly owned monument honoring Confederate soldiers shall be relocated, removed or altered in any fashion" the judge said that the move was "an appropriate measure to abate a public nuisance and protect the Obelisk."

Cheers from the gathered crowd could be heard as the crews pulled the obelisk from its base and dangled in the air. The crane lowered the piece and slowly lowered it to its side.

Now, after seven months of the space staying empty, officials said the site will be home to a memorial honoring the late Congressman John Lewis. 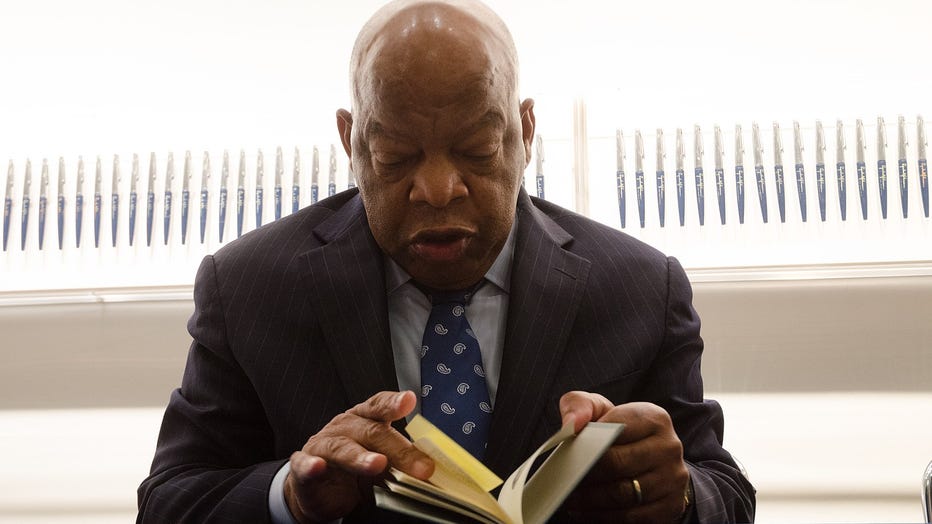 Lewis, known as the conscience of the Congress, represented Georgia in the House of Representatives for more than 30 years.