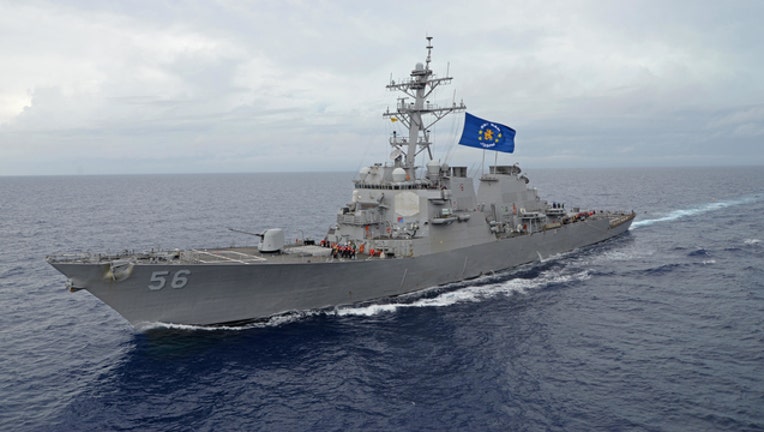 PHOENIX (FOX 10) -- Meghan McCain, the daughter of late U.S. Senator John McCain, has responded to reports that the White House wanted a ship named after her father "out of sight" during President Trump's recent trip to Japan.

According to an article published by The Wall Street Journal on Wednesday, an official with the U.S. Indo-Pacific Command outlined plans for the President's arrival that the official said resulted from conversations between the White House Military Office and the U.S. Navy's Seventh Fleet. One of the directives issued is that the USS John McCain needs to be "out of sight".

"Trump is a child who will always be deeply threatened by the greatness of my dad's incredible life," McCain wrote. "There is a lot of criticism of how much I speak about my dad, but nine months since he passed, Trump won't let him RIP. So I have to stand up for him. It makes my grief unbearable."

Sen. McCain has been a target of Trump's attacks, even after Sen. McCain's death from brain cancer in August 2018. In March 2019, the Associated Press reported that Trump declared he will "never" be a fan of McCain.

"I was never a fan of John McCain, and I never will be," Trump told reporters in the Oval Office.

Trump also said that he gave the longtime lawmaker "the kind of funeral he wanted" and "I didn't get a thank you", according to an AP report in March.

Trump also targeted McCain during his presidential campaign, saying in 2015 that the former prisoner-of-war was not a hero, "because he was captured."

In a tweet made to his @realDonaldTrump verified Twitter account Wednesday, Trump said he was not informed of "anything having to do with the Navy Ship USS John S. McCain" during his visit to Japan.