ATLANTA - Mayor Keisha Lance Bottoms announced new DNA from the Atlanta child murders has been sent off to a private lab for testing.

The city reopened the case in March of 2019. At least 20 children and teenagers were found dead during this time around metro Atlanta.

"This was a very painful time in our city's history," Mayor Bottoms said during a news conference Friday.

Mayor Keisha Lance Bottoms gives an update on the reopening of the Atlanta child murders case and the planned memorials during a press conference on July 16, 2021.

She said the private lab that is doing the testing has extensive experience in analyzing deteriorating DNA.

"Thus far, investigators have methodically reviewed an estimated 40 percent of the collected evidence to determine which items can be submitted," Mayor Bottoms said.

She also said fiber evidence from all 30 cases will be reanalyzed.

At the time of the murders, fibers from various places, including carpet, clothing, hair, gloves, and car lining were analyzed and linked to Wayne Williams.

While police have long suspected Williams of the murders, he's never been charged. Wayne Williams has maintained his innocence. 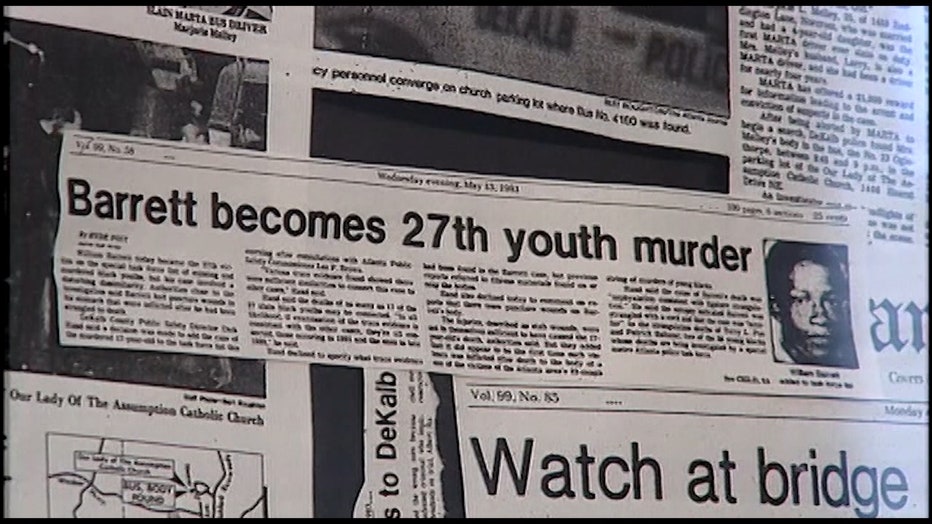 Families are hoping the new set of eyes will finally bring the answers mothers like Catherine Leach have been waiting for.

"It hurt because we love our children. I want to know who killed Kurtis. His case is sitting on a shelf getting dusty and you can't see the page," said Catherine Leach.

Leach's son was found in the Chattahoochee River.

"I still haven't any comfort. No closure. It seems like the missing and murdered children have been forgotten in this city," Leach said.

Mayor Bottoms also announced authorities will be looking into whether there are more victims... looking beyond 1979 to 1981.

"Investigators have also extended the timeline from 1970 to 1985 to see if there are perhaps other children or victims that perhaps have been overlooked," she said.