Marietta City Schools are making headlines as the first school district in metro Atlanta to enact a test and stay protocol allowing students who are asymptomatic to come to class after exposure to a peer with COVID-19 so long as they test negative for the virus every single day.

MARIETTA, Ga. - "Test and Stay" protocol began Monday for Marietta City Schools. The option allows asymptomatic students and staff who have been notified as "close contacts" to attend school each day after a negative rapid antigen test administered by the school district.

Testing sites will be open Monday through Friday from 6:30 to 8:30 a.m. and must be booked in advance. Families will be notified of how to do this when they are called about close contact exposure.

Marietta City Schools Superintendent, Dr. Grant Rivera says he first learned of the option in a news article. That was a week and a half ago. Now, they've put it in practice.

"Once we found there was a better way we had to move immediately," said Dr. Rivera. "There's no playbook the rules change daily the opinions change daily and we're just trying to find that right balance." 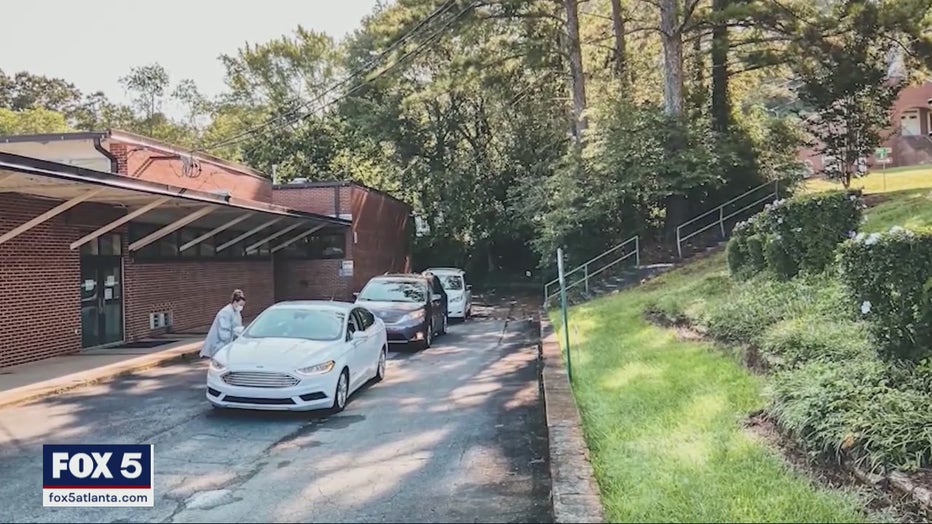 FOX 5 spoke to many parents in the district who say they're grateful their students now have this option. Leah Harbin has a 6th grader in the district's 6th-grade academy. Monday night, she learned her daughter Emma would be quarantined for close contact. For the second time.

"I had heard about the test and stay but unfortunately wasn't able to make the appointment for this morning," said Harbin.

Her daughter was out for 7 days in the first round. With test and stay, hopefully, she will spend the rest of the quarantine time in the classroom with daily negative rapid tests.

"Our children, in my opinion, have already missed an incredible amount not only instruction but extracurricular, sports, socializing," says Marietta mother Corinne Kinscherf. "They've just missed so much in nearly the almost two years we've been going through this pandemic."

Kinscherf has a 5th and 8th grader in Marietta City Schools. So far, her children haven't gotten a close contact call. But if they do, she says they will test to stay.

The only thing parents told me they wish would change about the protocol - family members of someone who tests positive for COVID-19 can't participate in "test and stay." Dr. Rivera says, the data just shows it's not a good idea at this time. 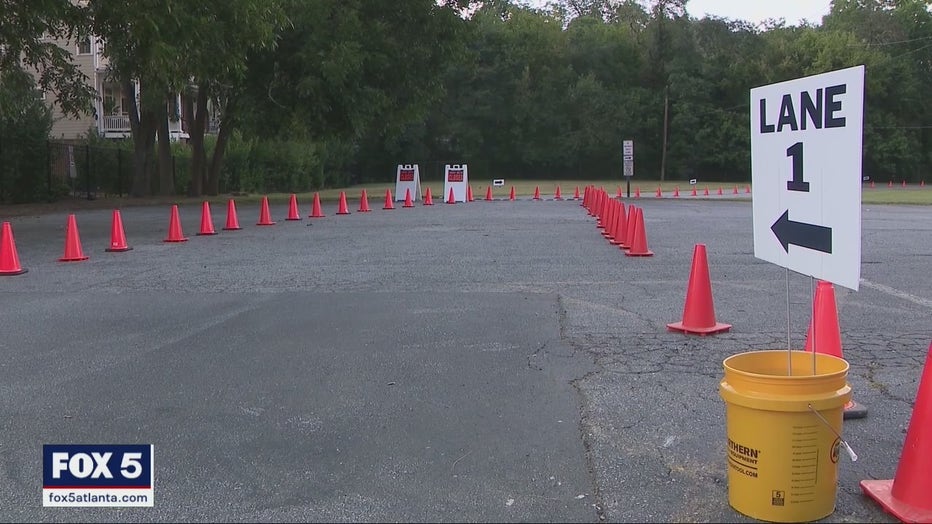 So, for now, only school-based transmissions. Monday was the first day for "test to stay" testing. Dr. Rivera says 34 people were eligible and four showed up. Tuesday, the same number were eligible and seven showed. The superintendent says that's about what they expected. His team called everyone eligible to get their feedback.

"The reasons are varied," said Dr. Rivera. "You had families who preferred to keep their child out as a precautionary measure. We did have some situations where some families said, 'Hey, I had some difficulty getting to the test site in the morning,' which we are trying to reflect on and figure out how to bring the test out further in the community. And we had some families, quite candidly, who weren't sure what it was and weren't sure if they wanted to participate."