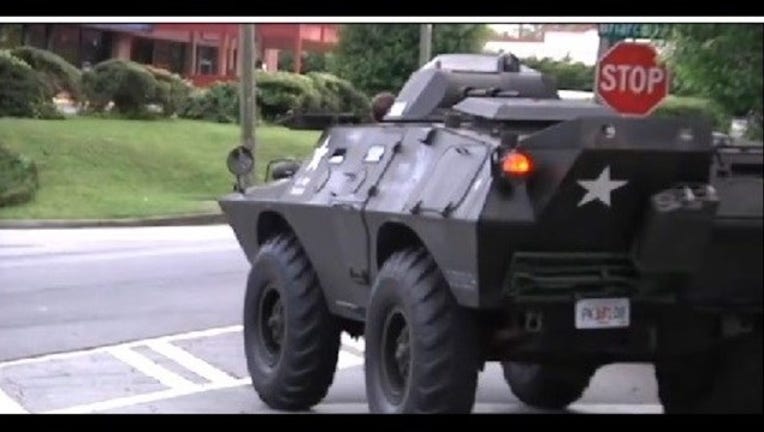 One man's ride literally stops traffic wherever it drives- and it's not because of his driving skills.

Jason Green cruises the Metro in what looks like a tank: a 1969 Cadillac Gage Commando, used by the Army in the Vietnam War, and now his personal vehicle for local trips around town.

We caught up to Green as he was drawing eyeballs and was the focus of camera phones from Moreland Avenue to Briarcliff; he says folks ran into the street around Little 5 Points to take selfies with his vehicle.

He says his vehicle is legal to drive in Georgia and purchased it privately from a veteran; his love of military collectibles led him to acquire an armored car.