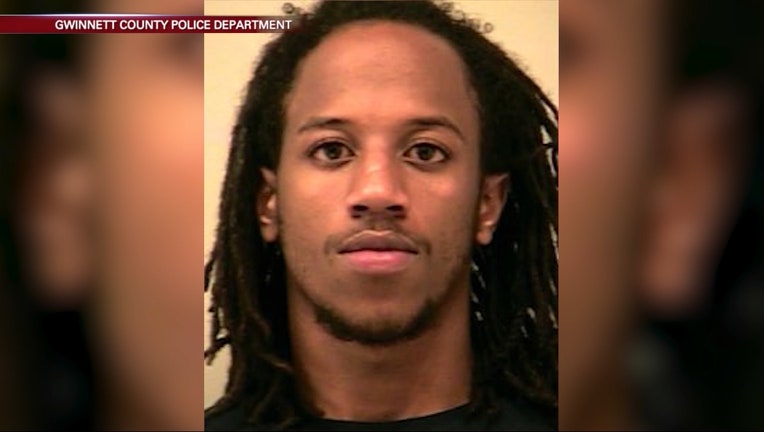 GWINNETT COUNTY, Ga. - U.S. Marshals are searching for a violent criminal who has been on the run for six years.

Most recently, police believe Sirmons shot and killed 55-year-old Derrick Dennis and his nephew, 30-year old Josh Dennis, inside of a home in Gwinnett County in November.

Authorities have now linked Sirmons to other crimes throughout the area.

The U.S. Marshal's Office has joined the search for the suspect wanted in a double murder in Norcross and other crimes

"We found over the years that whenever someone pulls the trigger and tries to shoot someone else, after that, they tend to increase their violence and they don't think twice about pulling the trigger again," Lempka said. "Now that's he's killed two people, he could be capable of anything and he's very dangerous."

Authorities have also arrested Sirmons in the past on drug charges, making terroristic threats and kidnapping in the past.

Sirmons is 5'10" and 160 pounds. He has a tattoo of praying hands on his left arm and has been known to disguise himself by dressing as a woman.

The US Marshals Service considers him armed and dangerous. They are offering a $5,000 reward for any information leading to his arrest.