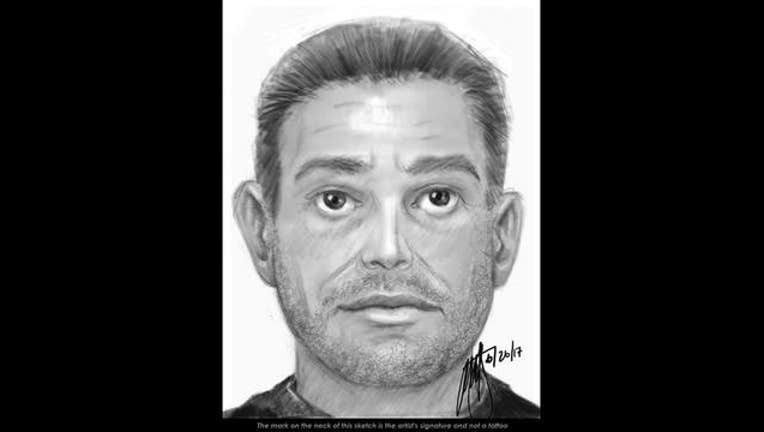 (FOX 11) - Police have released a sketch of a man who allegedly kidnapped and sexually assaulted a female minor outside of a Riverside church.

On Sunday, June 25, 2017, at about 2:30 p.m., Riverside Police Officers responded to The Church of Jesus Christ of Latter-day Saints, located at 5900 Grand Avenue in the city of Riverside, regarding a report of a kidnapping.

The investigation determined a juvenile female victim was pulled into an enclosed dumpster area by an unknown adult male suspect. After a sexual assault occurred, the victim was able to get away from the suspect.

The suspect was described as a dark-skinned Hispanic male, approximately 50-years-old, with a goatee and short dark messy hair. He was last seen wearing a black T-shirt with vertical grey stripes, and possibly had a tattoo on one of his arms. The victim was later able to assist with developing a composite sketch of this suspect.

The Riverside Police Department is asking the public for any information regarding the identity of this described suspect. Anyone who recognizes him is urged to contact Detective Paul Miranda at (951) 353-7945 or pmiranda@riversideca.gov.