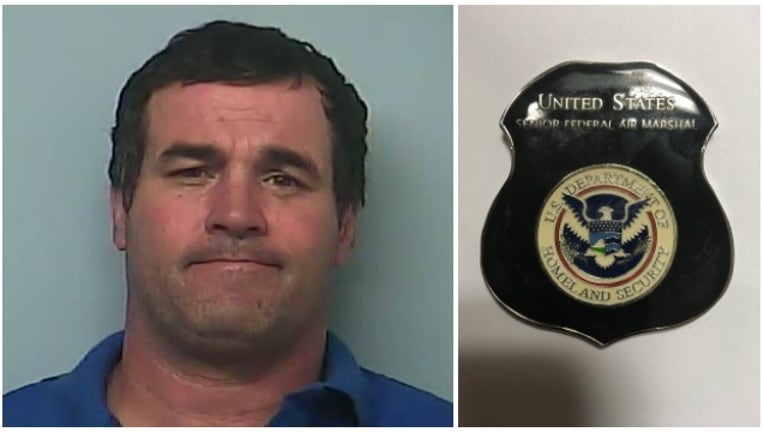 TROUP COUNTY, Ga. - An Alabama man has been sentenced to over a year in prison after pretending to be a federal air marshal during a traffic stop in Troup County.

Officials say the charges stem from a traffic stop on Aug. 23, 2018, when a Troup County deputy pulled over Jay Diamond for driving over the speed limit on Interstate 185.

During the stop, the Phenix City man told the deputy he was a senior federal air marshal and showed him a fraudulent badge. When asked for more credentials, Diamond said he left them at home.

When the deputy looked closer at the badge, investigators say he believed that it was a collector's item. Diamond also told him that he had received the badge from former President Jimmy Carter and tried to show the deputy a photo of him with Carter.

The deputy arrested Diamond for falsely impersonating a law enforcement officer and Diamond admitted he "should have just taken the ticket."

"Flashing a badge and impersonating a federal officer to gain a benefit puts the public and law enforcement officers at risk," said Acting U.S. Attorney Kurt R. Erskine.  "Instead of avoiding a speeding ticket, Diamond ended up with two federal felony convictions and time in prison."

Diamond, who has over 30 misdemeanor and traffic convictions, was found guilty by a federal grand jury of two counts of false impersonation of a federal officer.

A judge sentenced the Alabama man to one year and five months in prison followed by one year of supervised release as well as 50 hours of community service.